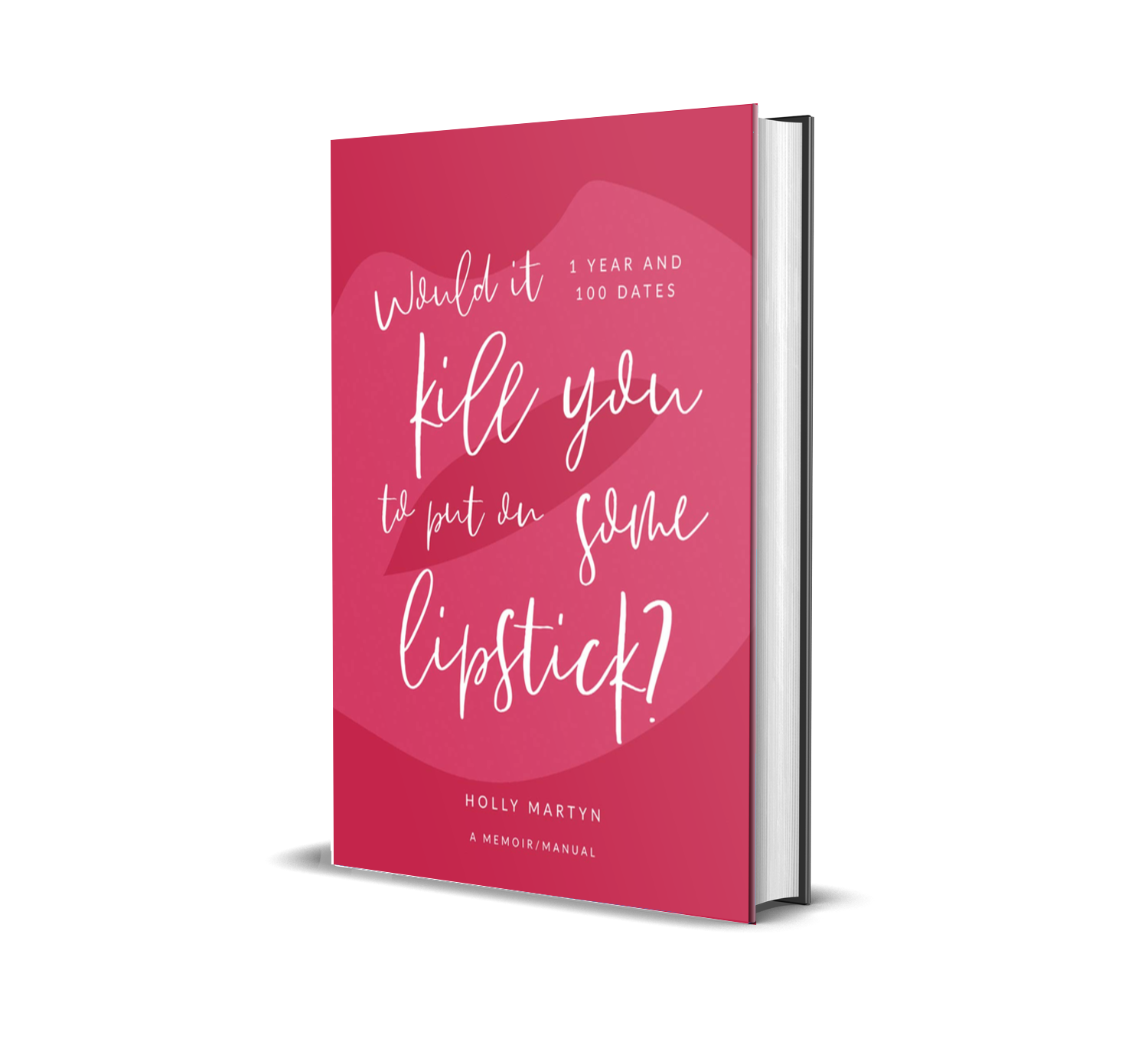 Would It Kill You to Put on Some Lipstick?

Holly Martyn has been dumped. Twice-divorced and a single parent, she is sitting in a spa feeling sorry for herself when she picks up a magazine and reads the advice Joan Rivers gives to console a friend in the same position: “Would it kill you to put on some lipstick? Get an on-line dating account, go on 100 dates and you’ll meet somebody.” There you go, Holly decides, 100 dates. Problem solved. The 100 dates quest throws Holly in the path of an eclectic cast of characters, including a thirty-three year old African American fireman and a sixty-two year old CEO with whom she falls in love, the man who challenges her to find her father. The story concludes with hard-won insights about the path to partnership, forgiveness, and finding happiness in midlife.

"This book brings great relief and much appreciated humor! Intelligently written, shatters stereotypes, and is very relatable for any age."

"If you are someone who seems to “have it all together” in most aspects of life except for dating – you will love this book. You will wonder how on earth Holly goes on another date after some (many) of her experiences. Even though I won’t be putting on any actual lipstick, this book is entirely relatable, funny, and notably inspiring."

Growing up Mormon in a broken home, Holly was eventually placed in foster care until her high school graduation. Determined not to let her disadvantaged beginning ruin the rest of her life, at eighteen she bought a one-way ticket to Tel Aviv and with three hundred dollars in her pocket, set off on a solo journey to the Middle East and Europe until finally finding her way to New York where she became a successful Wall Street executive.

Now a writer and mother, she lives in Connecticut and California with her daughter and dog. Holly’s first book, Would It Kill You To Put On Some Lipstick: A Year & 100 Dates, details the year after her divorce as she adjusts to modern dating and finding love again while building a new and better life for herself and her daughter. Visit her at hollymartyn.com