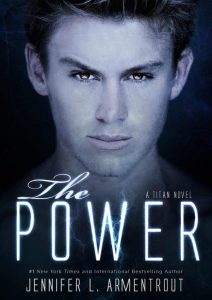 You’ve seen the trailers—probably a million times. And if you’ve been lucky enough to grab the books, you’ve already read The Return and The Power in Jennifer L. Armentrout’s smashing Titan series! The chemistry between Josie and Seth and the fight between half-bloods and pure-bloods practically bleeds from the pages. But who are the actors behind the trailers? The models on the book covers? What goes into casting book trailers?

Here’s a closer look at the three main actors in the Titan series trailers, and a giveaway that you don’t want to miss! Meet Drew Leighty (Seth), Brooke DiTullio (Josie), and Chase Coleman (Apollo). 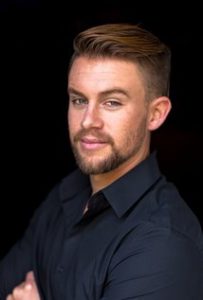 I think I would best be played, probably, by Channing Tatum. A good-looking athletic man (as you can tell I’m so humble, too). However, once you get to know me you’ll soon learn I’m really just an athletic dork and I think his sense of humor is a good match to mine.

Well the one I listened to the most, thanks to MTV, was probably “MMMBop” by Hanson, but the one I still catch myself singing a lot is “Baby Got Back” by Sir Mix Alot.

Funniest or most unfortunate? They’re kind of combined here. My friend has a dog who I like to wrestle with, and well, this dog likes to eat poop. I got to their house one day, said my hellos, as the dog was playing outback I ran over to wrestle with her and she gave me a lick that smelled of poo, as I pulled her down and we hit the floor smearing my back in poop as well.

Deal breakers are not rehearsing, starvation, and venomous snake-pits. I am scared out of my wits of venomous snakes, especially in large quantities. 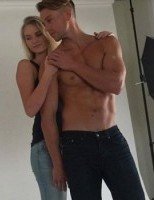 Working with Brooke was fantastic! You’ll never find me complaining about getting to work alongside a gorgeous actress. However, Brooke also is dedicated to her craft and strives for perfection. She’s a perfectionist without being the annoying type who nitpicks everything. Rather, she’ll create solutions. 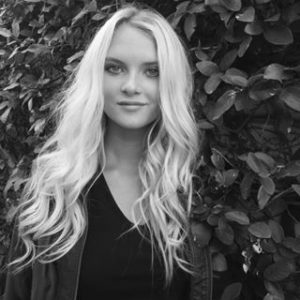 On a scale of 1-10, I probably read about a 5. I’d like to read more, but I do find myself really busy and I don’t have as much time to read as I’d like to. However, when I’m traveling, I do love to bring a book along.

Playing Josie on set was extremely fun. She’s a really strong, confident,  and sexy character. It was exciting tapping into those qualities. I remember when Drew and I were blocking out the fight scene, we were rehearsing the part where I kick my leg up & it lands on his chest. Well, one time I accidentally kicked a little hard/high…luckily he caught my foot or else I probably would have kicked him in the neck, haha. His face was priceless.

My dream project? Oh, gosh! I would have to say having a lead role in a feature film. It’d be a long project so all the cast/crew would be really close and it would just be a fun adventure and learning experience. Maybe shooting on cool and exotic locations, too. I’d love to be a part of something like that!

I would like to be more involved with music! I play guitar and sing. I’ve released a few singles and an EP on iTunes when I was younger. But I took a break from working on songs so I could dedicate my time to acting and modeling. Now that I’m older, I’d really love to get back in the studio and record an album with a more mature sound.

I don’t know if I really “look” for any specific qualities, but I definitely appreciate people who are straight forward and know what they want. When someone is upfront, I find it easier and more efficient to take criticism and direction (which is why I enjoyed working with the Film 14 team). Also, when meeting another artist, I think eye-contact is super important! 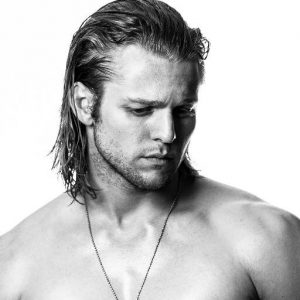 Fantastic. Everyone was amazingly professional and it was a lot of fun.

“Fuel” by Hemmorage—because it’s poppy, rocky, and I know I’d be able to perform it well.

I look up to the greats like Marlon Brando, Martin Scorsese, Stephen Spielberg, James Cameron, Gary Oldman, etc. They are powerhouses that I look to model my own artistry and career after.

My good friend Nell Teare, whom I’ve studied with in scene study class for a while, asked me to come work on her project. And of course, I had to accept. 🙂

I don’t really consider anything in my life to have been major failures, because I learn from my mistakes and nothing is definite in life except change.

Now that you’ve met the cast…

HERE IS THE GIVEAWAY

Jennifer L. Armentrout is giving away a signed paperback of The Power with a set of matching bookmarks and we, Film 14, are giving away a paperback of The Return! So two lucky winners will be walking away with paperbacks. To enter to win, fill out the rafflecopter below. Return here in 1 week to see the winning announcement! Winners will be contacted via email for their shipping information. U.S. residents only.