An Adaptation of Ibi Zoboi’s ‘Pride’ is in Development with HBO!

Here’s some good news in 2020—an official adaptation of Ibi Zoboi’s young adult novel Pride is in the works at HBO!

It’s still early days, but according to Deadline both Aziza Barnes (Snowfall, Teenage Bounty Hunters) and Natasha Rothwell (Insecure) are developing the project, with Barnes writing and both Barnes and Rothwell executive producing. 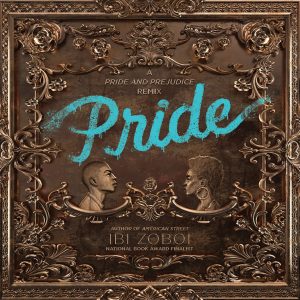 Ibi Zoboi’s young adult novel Pride is a remix of Jane Austen’s classic Pride and Prejudice set against the gentrification of a Brooklyn neighborhood. Zuri Benitez has pride—Brooklyn pride, family pride, Afro-Latino pride—but that might not be enough to save her rapidly gentrifying neighborhood from becoming unrecognizable. When the wealthy Darcy family moves in across the street, Zuri wants nothing to do with their two teenage sons, even as her older sister, Janae, starts to fall for the charming Ainsley. She especially can’t stand the judgmental and arrogant Darius. Yet as Zuri and Darius are forced to find common ground, their initial dislike shifts into an unexpected understanding. But with four wild sisters pulling her in different directions, cute boy Warren vying for her attention, and college applications hovering on the horizon, Zuri fights to find her place in Bushwick’s changing landscape, or lose it all.

Aziza Barnes has written for Snowfall and Netflix’s Teenage Bounty Hunters, and is currently writing the adaptation of Pride. She will also executive produce for Pride alongside Natasha Rothwell. She got her start as a playwright with her play BLKS, and was most recently in the mini-room for Birth of Cool and God’s Soldiers.

Natasha Rothwell, known for her starring role on HBO’s Insecure, will be executive producing for Pride with Barnes. Her past projects include writing for Saturday Night Live and starring in Sonic the Hedgehog. She also stars in Wonder Woman 1984. Meanwhile she is hard at work on on Malltown, an animated comedy pilot in which she will star and executive produce, and Netflix’s Hometown, in which she will star and write alongside Paula Pell and Michelle Lawler with Tina Fey producing.

There’s no news yet on who may star in this adaptation, when it will be released, or whether this adaptation will be a feature film or a series. However, fans of Ibi Zoboi and her novel are hopeful for an adaptation that does the book justice. Until then, we can re-read Pride and dream of what’s to come!

Check out the stunning book trailer for Punching the Air!

If you liked this article on animated book trailers you might enjoy The Selection Movie is Coming to Netflix!