Right now everyone has an idea or a story they want to pitch to Netflix. Pitching a great story idea to the mother of all streaming platforms is no easy task, but it’s not impossible. After all, Netflix is designed to churn out seasons of binge-worthy shows to keep viewers hooked and these ideas come from filmmakers, writers, and producers who are people just like you…except they’ve already found their connection.

Can anyone pitch a show to Netflix? Obviously, you can’t just waltz into Netflix with your script in hand and expect to get a meeting with anybody other than a security guard. However, you don’t exactly have to be Steven Spielberg either. So, if you’re a writer with a dream of seeing your book or TV pilot morph into the kind of Netflix series that will keep people the world over in their pajamas for days, and on the spectrum of professionalism you land somewhere between raving lunatic on Hollywood Blvd. and Steven Spielberg, you might have a chance.

You’ll have an even better chance by presenting a visual proof-of-concept like a book trailer or mood reel to show agents and executives how your story will look and feel on the screen. The pitching and proof-of-concept game is ever-evolving thanks to technology. Without a visual presentation in today’s world, you might as well be pitching scripture on a stone tablet. You’d be better off with hieroglyphics.

The moral of the story is you’ve got to have an angle, kid. What makes you think you can make it in this town without one? This article will discuss how to use a book trailer or mood reel to pitch to Netflix and the gatekeepers you have to go through to get to the pitching pit.

Netflix does not accept unsolicited pitches. They will only hear a pitch from reps with whom they already have a relationship. Period. So your first step is to research agents and managers who have already worked with Netflix and get them to fall in love with your concept.

Now imagine this: you’re an agent with a connection at Netflix. Every hack in Hollywood is bombarding you with sloppy, boring loglines and summaries of their scripts, hoping you will read them. Your livelihood and reputation depend on finding the next hit. You want to find these shows, you know they’re out there, but your brain is fried by the sheer volume of material. Then, suddenly, a fully-formed vision hits your inbox. A cinematic book trailer that displays the look and feel of the whole story, backed by a novel that is already on the market. Beats the hell out of a script synopsis, right?

IMDb Pro is your go-to source for obtaining the contact info of pretty much any working agent or manager on the planet. Rule of thumb: be respectful. Do not stalk these people! Do not call. However, you should definitely sign up for IMDb Pro or borrow a friend’s password and use this invaluable resource to make your list of agents who have worked with Netflix and get their contact information.

Look up Netflix productions that you feel might have a similar aesthetic or tone to your story, find out who represents those writers, copy the agent’s contact info and add them to your pitch list. Then set aside some time to go through your list and pitch your book trailer or mood reel to each one. These are the gatekeepers who can get your idea made into a Netflix production. You need these people, but remember…they need you too.

All of the original Netflix shows you know and love came from somewhere. Netflix is actively seeking new original content to purchase and or develop. According to the submissions page on their website, Netflix goes about this in the following ways:

Both are fairly straightforward, but pitching a mood reel will require slightly more effort. A great man once said, “most good ideas are simple.” So keep it simple, tight, and to the point. When pitching a book trailer cold, a short cover letter along with a Youtube or Vimeo link will do. Let the trailer speak for itself, but also include your one-sentence logline that sums up the essence of the story.

When pitching a mood reel, you will need to explain your concept for the film because visually you’re presenting other people’s work as an example of what you’re going for. There are a few ways to do this. One effective way to explain your project using footage from other films is to include voice-over narration talking about the story and what you hope to achieve.

If you plan on writing your synopsis, keep it short and compelling! Three short sentences max, along with your one-sentence logline and a tight little intro that says who you are. Remember: put yourself in their shoes. If you were scrolling through hundreds of pitches per week, what is the one pitch that would keep you from being bored to death?

What is a mood reel, anyway?

A mood reel is a trailer built from existing film clips that conveys the tone your project seeks to capture. This is the wave of the future. Filmmakers on all levels have been using them for years to get projects made. Typically, a mood reel crops up in the fundraising stage of a project’s development as a proof-of-concept. They are helpful for citing examples of lighting, music, casting, and art direction, especially for period pieces or highly stylized concepts.

The key to making an effective mood reel when using footage from other films is to arrange it in a way that is totally unique and doesn’t feel cheap. This is an art form in itself. Some filmmakers shoot their own footage and assemble that into a pitch reel with an original score. The bottom line is to successfully convey the aesthetic and tone of your project by any means necessary. The only rule is to make it work.

For our purposes here, the best use of the mood reel is to pitch it to an agent with connections at Netflix and get your idea made into a hit show. So get to ripping, cutting, and pitching your mood reel to the right Netflix power-player–you don’t even have to shoot anything!

The Woman In The Window

Last spring, Netflix released the film adaptation of this book by A.J. Finn about an agoraphobic professor who witnesses a crime while spying on her neighbors. Sounds an awful lot like another literary adaptation from long ago by a little filmmaker named Hitchcock but hey, Hollywood likes a sure bet. Before Netflix acquired the rights there was a book trailer. Check it out here!

The One And Only Ivan

The One And Only Ivan, a live-action CGI mash-up about a gorilla and his dog hit Disney Plus in August of last year. But before it was a hit movie with a star-studded cast, it was a book by author Katherine Applegate and the book had a trailer. Check it out here!

The screen adaptation of this YA fantasy book by Eoin Colfer about a 12-year-old genius who discovers a race of fairies was released by Disney Plus last year. Did you know a book trailer existed long before?

The dream crushers will try to deter you by saying things like, ”why does this idea deserve to be turned into a series that will cost someone millions of dollars to make and promote?” The answer for people like us, infected with the insatiable desire to see our ideas made manifest, cursed with the need to share our point of view through our art, is always the same. If we don’t try, we’ll never get over it. But the dream crushers aren’t all wrong, in fact, they’re often right, and any creator should be prepared to ask themselves the tough questions early on in the process because eventually, a small army of people with the actual power to get shows made will be asking similar questions to weed out the multitudes of truly awful ideas that reach their inbox.

Test your book trailer or mood reel pitch on your friends and colleagues first to see if it will fly. Better yet, pitch your enemies for some brutally honest feedback. After all, that’s the purpose of this exercise anyway. Tighten up your logline and fine-tune your mood reel until you have a well-crafted pitch borne of the flames of critique that will make your Netflix connect salivate.

If you enjoyed this article check out The 14 Best MasterClasses for Authors.

Book Teasers… what are they? 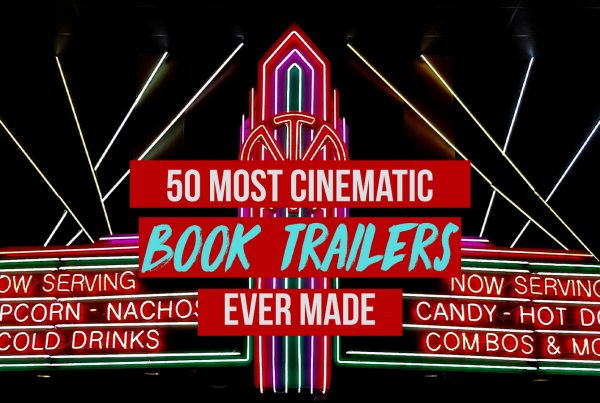 50 Most Cinematic Book Trailers Ever Made (Updated)! 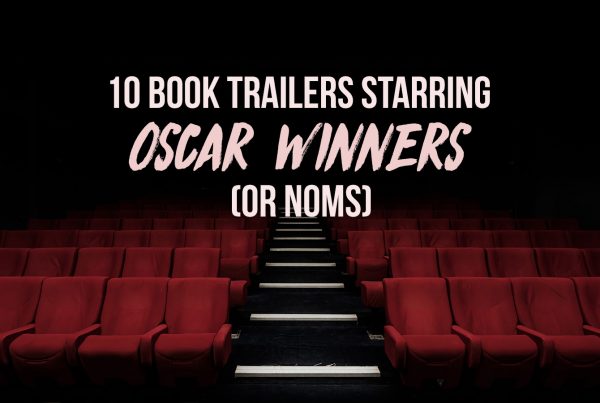