“‘Fight Club’ is about the most dangerous thing in the world — ideas.”

Fight Club is an amazing example of how a film made reading cool again for generations of fans. What other movie has done this in the last thirty years, except for maybe Harry Potter? Ehem. Nevermind.

The film has come under scrutiny in recent years for allegedly glorifying white male angst and toxic masculinity. But there’s a lot more to the story. Most importantly, David Fincher’s adaptation got the masses interested in reading again. That’s what this article is all about. Here at Film 14, we’re not in the business of politics. We’re in the business of books and film and we take every opportunity to discuss how the two are married.

However, you can’t talk about Fight Club without acknowledging the controversy that surrounds it. In fact, that’s been the case since the film premiered. Chuck Palahniuk’s first published novel hardly made any waves when it came out. That is, until a year later when Bill Mechanic, the chief executive of Fox Filmed Entertainment, greenlit the adaptation. Who knew the film would spark an internal war at Fox between executives, ignite Chuck Palahniuk’s career, and inspire generations of viewers to become readers and writers?

The Critics Are Still Raving

These days, cancel culture says the only people who still like Fight Club are the same guys you’ll find attending seminars on how to pick up women for casual sex. You know, like the ones hosted by Tom Cruise in Magnolia? Apparently, those are real and the men who attend are also the only people defending the legacy of Fight Club. According to The New Yorker, anyway. The irony of this argument is rich, especially considering the author of the novel is openly gay.

Granted, one can see how Fight Club attracts a certain type of desperate macho man. On the surface, the movie looks like one big endorsement of testosterone-fueled violence. Disaffected neanderthals whose only means of expressing their loneliness and angst is to beat the crap out of each other. At a 2018 ComicCon panel between Chuck Palahniuk and David Fincher, the director acknowledges that many people missed the real message.

“Fight Club’ is about moving through a modern disconnected society. It’s a satire. Many don’t get that.”

But the discussion around Fight Club’s real intention is nothing new. Critics have been divided since the film’s premiere at the 1999 Venice Film Festival. People loved it and people hated it. Some said it was the most dangerous depiction of violence in a movie since A Clockwork Orange. Over twenty years after its initial release, the debate rages on.

What makes this work of art such a hotly contended issue? Whatever it may be, the hullabaloo only serves to further Fight Club’s cultural relevance. People are naturally drawn to controversy, at the most basic level, just to see what all the fuss is about. Such is the case with Fight Club–a film whose deliberate lack of PR created an unintentional landslide of viewers…and readers.

In 1996, Chuck Palahniuk was an obscure writer who lucked out and sold the film rights to his first published novel to Fox executive Laura Ziskin for $10k. Palahniuk was working at  Freightliner and didn’t even have an agent when Fight Club was first published. The author’s first novel about a trans beauty queen, Invisible Monsters, was ignored by every publisher he courted. Fight Club, his second novel, enjoyed a short hardcover run that received mostly positive critical reception. However, the book only sold 5,000 copies upon release. 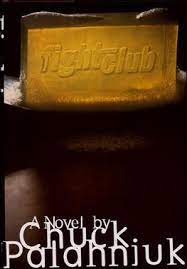 Thanks to a couple of visionary executives at Fox who were willing to take a chance on an unknown author for the sake of telling a story with a message, Fight Club was turned into a movie. Neither the outcome nor the side-effects of this film adaptation were at all predictable…

Bringing ‘Fight Club’ To The Screen

The studio originally planned to develop Fight Club as a low-budget feature. Laura Ziskin wanted David O. Russell to direct the film, but Russell didn’t quite understand the appeal. However, David Fincher was immediately drawn to the story. Fincher talks about the volatile process of bringing Fight Club to the screen in a book by Brain Rafferty called How 1999 Blew Up The Screen.

“Chuck was talking about a very specific kind of anger that was engendered by a kind of malaise: ‘We’ve been inert so long, we need to sprint into our next evolution of ourselves.’ And it was easy to get swept away in just the sheer juiciness of it.”

The director had a long string of commercials behind him and two recently successful films, Se7en, starring Brad Pitt, and The Game, with Michael Douglas. Once Fincher signed on to direct the studio decided to put some serious financial backing into the film. Brad Pitt then signed on to star in Fight Club for a cool $17mm, making this a bonafide, big-budget Hollywood feature. With Bill Mechanic at the helm, production charged forward through shooting to a rough cut. That’s when things got complicated with the upper brass.

The protagonists in the story seek to destroy Corporate America as retribution for their enslavement. So it’s no wonder why Rupert Murdoch, the billionaire owner of Fox’s parent company News Corp, had a fit when he saw the rough cut. Once the media mogul became aware of Fight Club’s anti-establishment message he was furious the story even got produced. 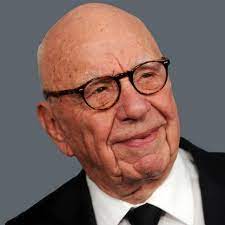 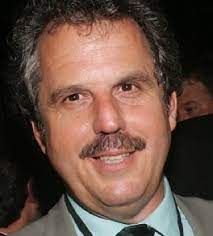 Who was responsible for this misstep? None other than Bill Mechanic, the executive who greenlit the adaptation of an anarchistic debut novel by an unknown writer. Then, signed off on hiring a huge movie star to play the lead for a multi-million dollar paycheck. Then, it grossed a measly $11mm opening weekend–a fraction of said movie star’s salary. Fight Club was shaping up to be Mechanic’s epitaph at Fox. 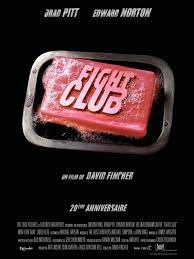 Murdoch saw to it the film would be marked by a cryptic bar of soap with no PR for context, hoping it would quietly fizzle out. What little advertising the studio was willing to do was false, according to Fincher.

“Fox marketed ‘Fight Club’ mostly on the World Wrestling Federation. That’s when I knew we were doomed.”

Against Murdoch’s efforts to quietly malign its success, Fight Club became a sleeper hit in the DVD market.

Fight Club tanked domestically, but did well in Europe, where historically, audiences are more receptive to challenging subject matter. Even so, the film with a $65mm budget raked in $11mm at the US box office. Then…a rebirth. The film went on to soar to new heights in the home media market, selling more than thirteen million DVDs and nearly a quarter of a million books. The conservative Rupert Murdoch, who passionately hated Fight Club since he first viewed the rough cut, considered the film a failure. The media mogul blasted his own company’s product in the press and eventually had Bill Mechanic fired over it in a highly publicized act of passive aggression.

Within the year following the release of Fight Club Bill Mechanic reportedly resigned from his position as the head of the studio. Rumor has it that Murdoch’s right-hand axman, Peter Cherin, fired Mechanic then reported to Murdoch for a pat on the back, knowing the mogul wanted Mechanic out. Whatever the case, the Hollywood filmmaking community viewed Mechanic’s departure from Fox as a loss. The creative executive was known to have great relationships with his colleagues and filmmakers. Undoubtedly, Mechanic’s penchant for developing commercially risky films with elevated plot lines was his best quality, as far as his filmmakers were concerned. For Murdoch, this was his greatest liability. Everyone knew it was only a matter of time before Mechanic would be forced to strike out on his own.

“This has been brewing for a while. I’m looking to do something different. It’s an opportunity to have creative freedom and do what I want to do,” Mechanic said of his departure in a 2000 interview with The Los Angeles Times.

Although Mechanic was the executive responsible for bringing Fight Club to the screen, he also developed such commercial megahits as Die Hard: With A Vengence, Titanic, Independence Day, and There’s Something About Mary. In an earlier interview with The Times, the executive said Murdoch “is completely intolerant of failure.” He was right.

Fight Club may have flopped initially at the domestic box office, but it grossed over $55 million in DVD sales, became a cult classic, and ignited Palahnuik’s career. Not only did Fight Club wind up turning a nice profit for the studio, the movie also sparked a reading revolution. It’s also interesting to note that on Bill Mechanic’s Wikipedia page, there is no mention of Fight Club whatsoever.

The controversy surrounding Fight Club became the film’s best selling point. What better way to get people to clamor toward a product than to tell them it’s forbidden? Obviously, this was not Rupert Murdoch’s intention, but he’s probably happy with the eventual outcome. Financially, at least.

Fight Club is a classic example of how films can turn viewers into readers. Not to mention, ignite an unknown blue-collar novelist’s career. In the years following the film, Palahniuk found he had an ever-growing fanbase, many of whom were inspired to become writers as well. Take, for example, Alex McElroy, the non-binary Brooklyn novelist who argues Fight Club is about transformation and credits the book with inspiring them to become a writer.

The ability to transform and inspire is the highest possible function of art and there are countless examples of lives touched by this provocative work. 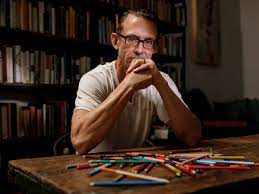 Chuck Palahniuk has sold more than 5 million copies of his books to date and it’s safe to say all of those added zeros can be attributed to the film adaptation of Fight Club. Cinema is a powerful transmitter of ideas and so are books. At best, these art forms challenge us to let new ideas in that widen our perspective. Stifling and censoring challenging material only serves to keep our culture small and “safe.” So, let’s remain open and unafraid to get our noses broken. Philosophically speaking, of course.

If you enjoyed this piece, check out Noah Baumbach’s ‘White Noise’ Netflix Adaptation. 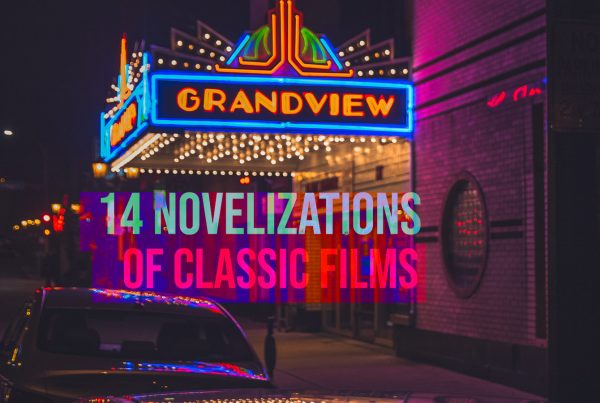