It’s the most wonderful time of the year—holiday movie season! There’s nothing better than snuggling up with some blankets, hot cocoa, and a wonderfully sappy holiday movie. But did you know that some of your holiday favorites were inspired by books? We’ve rounded up some of our favorite book-to-film adaptations that are sure to get you in the holiday spirit.

It’s not Christmas without hearing Dr. Seuss’s classic story, How the Grinch Stole Christmas. The grumpy Grinch hates Christmas so much he plots to stop it from coming to Whoville, but sweet little Cindy Lou Who may just change his heart.

Watch The Grinch on Netflix

Watch How the Grinch Stole Christmas on Netflix

In this new Netflix series based on Rachel Cohn and David Levithan’s novel Dash & Lily’s Book of Dares, opposites attract at Christmas as cynical Dash and sunny Lily trade messages and dares in a red notebook they pass back and forth around New York City.

Still reeling from a business failure, the restaurant manager of a ski resort finds her world jolted by a new chef, who has his own hidden past in this holiday movie based on a novel by Teresa Southwick.

A snowstorm hits a small town on a cold Christmas Eve, affecting the friendships, love lives, and futures of several high school seniors in this teen movie based on the young adult novel written by John Green, Lauren Myracle, and Maureen Johnson.

In this heartwarming holiday short based on a story by Frank McCourt, a trip to church with her family on Christmas Eve gives young Angela an extraordinary idea. The sequel, Angela’s Christmas Wish, comes to Netflix December 1st. With her father working far away in Australia, a determined Angela makes a plan—and a heartfelt wish—to reunite her family in time for the holidays.

From Chanda Bell, the creator behind the Elf on a Shelf and Elf Pets franchises and books, come two holiday movies kids will love. In A Fox Cub’s Christmas, an elite team of elves and their furry fox cub friends help bring the Christmas spirit to a boy whose mom may not make it home for the holidays. In Santa’s Reindeer Rescue, the elves wrangle in more reindeer and much-needed holiday magic to help Santa get ready for his merry rounds of gift-giving.

Watch The Muppet Christmas Carol on Disney Plus

Watch A Christmas Carol on Disney Plus

If you’ve never seen this sweet film before, get ready for a tear-jerker. In this short based on the book by Charles Tazewell, a young boy discovers the true spirit of the Christmas season when he gives his beloved donkey to a very special passenger on a very special night.

Watch on Disney Plus

The Nutcracker and the Four Realms (2018)

In Disney’s reimagining of The Nutcracker ballet, a mysterious gift from her mother launches Clara on a journey to four secret realms—where she discovers her greatest strength could change the world. According to IMDb, the film’s story is suggested by both Marius Petipa’s “Nutcracker Ballet” and E.T.A. Hoffmann’s short story “The Nutcracker and the Mouse King.”

In this animated film starring Tom Hanks and based on the picture book by Chris Van Allsburg, a doubting young boy takes an extraordinary train ride to the North Pole that shows him that the wonder of life never fades for those who believe.

In this film based on the book by Gale Sears and Ben Sowards, America is in the Depression and the Kamp family is struggling to get by. Little Ruthie, with her father overwhelmed by doctor bills, expects another Christmas without presents or festivities. But when her father brings home one dollar in change and lets the children use it to buy special gifts, the Kamps come to find that money isn’t what fills Christmas with joy, love and miracles.

In 12 Dogs of Christmas, based on the book by Emma Kragen, a young girl uses dogs to teach people about the true meaning of Christmas during the Depression. In the sequel, Emma rallies her friends new and old to save a beloved puppy orphanage by putting on a musical holiday extravaganza.

The Man Who Invented Christmas (2017)

If you’re ready to dive deep into a holiday romance, this series of films is for you. Begin with Finding Father Christmas. Raised by her mother, but orphaned at a young age at Christmas, Miranda finds a clue that will take her to the truth about her father. Along the way, she finds romance and rekindles her Christmas spirit. In the sequel, Engaging Father Christmas, Miranda leaves Seattle to join her long-lost family in Carlton Heath where she is warmly welcomed by the Whitcomb family and Ian makes a proposal. Then in Marrying Father Christmas, Miranda and Ian are getting married on Christmas to celebrate the special day when they first met and fell in love, all while searching for family. The films are all based on the novels by Robin Jones Gunn.

What holiday movies are you most looking forward to? Tell us in the comments!

If you enjoyed this piece, check out: 21 Halloween Movies and TV Shows Based on Books

book trailerbooks to movies
STAY IN THE LOOP
BOOK TRAILERS 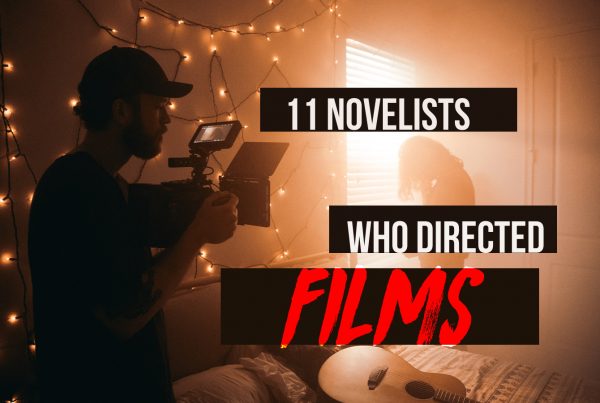