The cat is out of the bag: the future of film production is coming from the video game zone. This revolution over a decade in the making is finally rearing its massive, mythological head, thanks to Epic Games.

The creators of runaway gaming success Fortnight are bringing the oldest written tale ever to the screen with their animated adaptation of The Epic Of Gilgamesh. Remember that old Sumerian tale that influenced everything to follow, including the Bible? Yeah, that one.

Gilgamesh tells the story of a king-turned-diety and features the first-ever flood myth that Noah’s Ark and others straight-up plagiarized. Why has it taken so long for corporations to bastardize this one? Well, the wait is over! 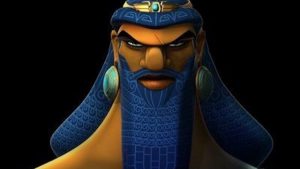 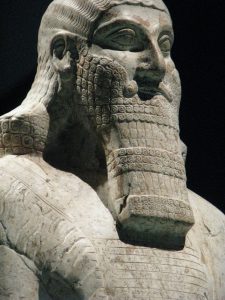 For those who don’t know, Gilgamesh established the format for every heroic myth, what Joseph Campbell calls “The Hero’s Journey.” This metamorphosis occurs when the hero leaves their ordinary world by accepting a dangerous challenge and returning a changed person. This template exists in virtually every hero’s story and is as common as the Hollywood “3-act structure” for screenwriting.

Epic’s powerful 3D creation platform, Unreal Engine, uses advanced technology to create photorealistic animation and in-camera special effects. Their aim is to “usher in a new era of storytelling” and they’ve already got several blockbusters on board. The old-school among us will ask “why not just hire some great actors and a skilled art department?” Well, this is the wave of the future, folks. In a decade we’ll all be living out our lives in immersive virtual reality experiences so get with it now y’all.

Shows like Westworld and The Mandalorian are currently using Unreal Engine tech to produce photo-realistic special effects. Gilgamesh also promises to be an outstanding promotion for Unreal Engine technology, making it worth a few mill from the coffers. The Latin American production companies involved will also use the MegaGrant to develop future projects using Epic’s tech.

Thanks to Epic MegaGrants, Latin American production companies Hook Up, DuermeVela, and FilmSharks will bring Gilgamesh to animated life.

Tomas Lipgot, Argentine filmmaker and founder of DuermeVela, will direct the feature. Lipgot is most recently responsible for producing the 2019 Spanish-language film The Adopters for Sony, via DuermeVela.

We can expect to see Gilgamesh taking shape over the next year, with casting next up in development.

If you enjoyed this piece about the Without Remorse adaptation, check out the 14 Most Underrated Book-to-Film Adaptations