Internet startup founder turned sci-fi author A.G. Riddle is a rare gem. With multiple bestselling books and several major movie deals under his belt, Riddle has achieved what most independent authors dream of: phenomenal success in the competitive, cutthroat world of self-publishing.

A.G. Riddle talks a bit about his work and gives helpful advice for new and aspiring authors. 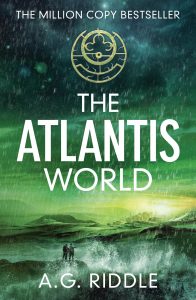 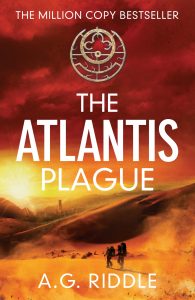 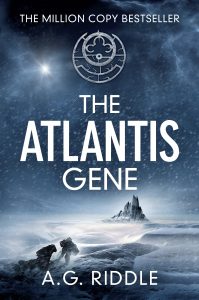 This techno thriller book series is what started it all for Riddle. The adventure begins in THE ATLANTIS GENE, when a geneticist discovers a secret that could be the end of humanity as we know it. “I read a lot of non-fiction books (history, science, and biographies) and articles in scientific journals,” Riddle says about the research process of constructing such a science-dependent story. “News articles were also incredibly helpful because they confirmed what parts of my research and interests might be intriguing to a broader audience and that helped me choose what to put in and what to leave out (always a challenge).”

The Atlantis Gene has gone on to become an online phenomenon — it has sold millions of copies, been translated into multiple languages, and an Atlantis Gene movie is in the works. Now that Riddle is an established indie author, he shares some things he would have done differently when he started out.

“I’d hire professionals. When I started out, I did my cover myself and I got my mom and wife to read and make suggestions on my novel. Readers (for the most part) looked past my homemade cover and various grammar snafus, and I’ll forever be grateful. These days, I think you need to release a really polished product–not merely to stand out, but to be on an even playing field with all the books on the market.”

“I would suggest to anyone starting out to buy the best editing and cover art you can afford. You’ll learn a ton from the editing process, and it will save you a lot of one star reviews. If you can’t afford a professional editor, try finding a critique group or perhaps another author starting out who’s willing to read your work. Instead of a custom-made cover, you could start with a predesigned cover, which cost less than $200 and look fantastic.”

Indeed, Riddle’s books have pretty fancy covers, as demonstrated in his stand-alone book, DEPARTURE, a sci-fi thriller about a plane that takes off in the year 2015, but somehow crash lands in a different time…or a different world altogether. 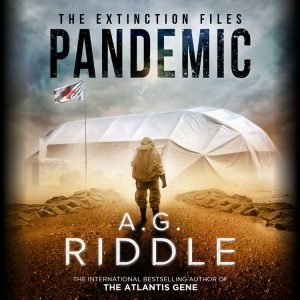 Want to make a book trailer? Click here to get started!

Departure was acquired by publishing powerhouse HarperCollins for a whopping seven figures. It also brought in a movie deal from 20th Century Fox.

When writers are just starting out, it’s often extremely difficult to get the world to read their work. There are just so many self-published books out there. When THE ATLANTIS GENE was ready to be published, A.G. Riddle faced the same problem. However, he managed to overcome that hurdle. The key? A good book description. Riddle believes that writing book descriptions is an “essential part of the process.”

“Write several book descriptions and test them to see what readers respond to,” he advises. “Sometimes it seems impossible to summarize the essence of the story in a few lines (without spoilers), but keep at it until you get it right. Start with the best description you come up with and if you’re not happy with it or if you’re not attracting the right audience, change it and compare your results.”

His latest book, PANDEMIC, is the first installment in a new series entitled THE EXTINCTION FILES. And with the announcement of The Atlantis Gene movie from CBS Films, Riddle’s book is “grounded in science and explores an extremely plausible extinction level threat—one readers have never seen before.”

The book is “grounded in science and explores an extremely plausible extinction level threat—one readers have never seen before.”

Given how much success the author has seen in the self-publishing world, there’s no question that he made the right choice. For Riddle, choosing self-publishing over the traditional route was instinctive. “I had a career in internet start-ups before writing. Releasing something online and learning from reader/user feedback was my life for ten years. I understood that process and felt comfortable with it,” he says. “I had no idea where to start with a publisher, so I put my story out there directly to readers via Amazon’s Kindle Direct Publishing (KDP).”

(For those curious about Riddle’s KDP success, the author offers detailed advice in this article on Kirkus Reviews.)

And finally, because we had to ask: Why a a book trailer? What turned his attention to making book trailers?

“To attract a wider audience,” says Riddle. “The Atlantis Gene book trailer has been a great way to appeal to people who read infrequently (just a few books a year) and need a really strong hook to pick up a book by an unknown author. The visual gets their attention and draws them in. At the same time, avid readers have more choices than ever—both in terms of reading material and entertainment in general (mobile apps/games, tv, etc). So having a trailer makes the book stand out in the crowd.”