Dr. Tony Brooks is a warrior, chiropractor, entrepreneur, and author. Now there’s a rare combo! Leave No Man Behind is the title of this former U.S. Army Ranger’s new book, but it’s also his mantra. Although now retired, Brooks’ life and work are still guided by the values he learned as a Ranger. Today he is a licensed chiropractor operating his own clinic, Structural Chiropractic, in Redmond, WA. In addition to all of that, he is a fearless entrepreneur, blogger, keynote speaker, and author.

Leave No Man Behind hit shelves on August 10th, 2021. Coincidentally, this happened in the midst of the U.S. withdrawl from Afghanistan. The 38-year-old veteran was hit with a slew of emotions, as he explained in a recent interview with Business Insider.

“I’ve experienced every single emotion that you can have,” he told the magazine. “From anger to sadness, to happiness that our troops are coming home, to disappointment, to abandonment. It’s been a very emotional week for veterans, and anyone who served overseas, and anyone really, who cares about human rights.” 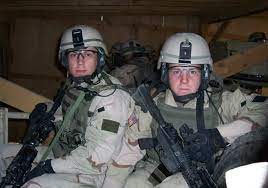 Tony Brooks served on the front lines of the war in Afghanistan back when it was still fresh. Nearly twenty years later, we watched the U.S.-backed government fall into the hands of the Taliban in an instant. Brooks’s story of boots-on-the-ground heroism stands in stark contrast to recent events. We’ve seen Washington politicians making excuses in the face of a clear lack of regard for American civilians left behind.

Leave No Man Behind: The Untold Story of the Ranger’s Unrelenting Search for Marcus Luttrell, the Navy SEAL Lone Survivor in Afghanistan is a harrowing and highly recommended read for patriots, pacifists, soldiers, and anti-war activists alike. This story is meant to dissolve barriers and Brooks makes that clear from the outset. It doesn’t matter what politics you identify with –  if any at all – because this story is about brotherhood and selflessness. It’s hard to believe the dangers these soldiers braved to leave no man behind, but this is only one of many. Unfortunately, most real-life heroism in the midst of battle goes unheralded. Thankfully, Brooks lived to immortalize the legacy of his brothers in arms. 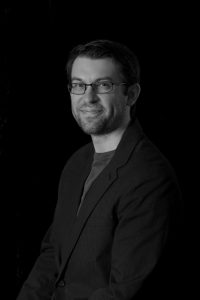 Tony Brooks grew up in Roseville, California, which is located in the Sacramento Valley, thirty minutes from the state capitol. The author describes his younger self as a “seemingly normal, unassuming, yet driven young individual.” He excelled in sports and in the classroom, but he never imagined he would join the military…until he did.

Brooks felt the call of duty as a sophomore in college at the University of Arizona in Tucson. The terrorist attacks of September 11th, 2001 altered his life and his vision of what he imagined possible. Something changed in Brooks when he saw the famous image of “the falling man,” a victim of 9/11 plummeting head-first from the burning upper floors of the World Trade Center North Tower. Although he was barely two years into his college journey he seriously considered dropping out and joining the armed forces.

Later that year, a film about the U.S. Army Ranger’s involvement in the early ’90s Somali Civil War came out. When Brooks saw Blackhawk Down the compulsion to join the military grew stronger, gnawing at his young psyche.

Next, NFL star Pat Tillman turned down a lucrative contract extension with the Arizona Cardinals to join the Army Rangers. This sealed the deal for Brooks. Pat Tillman’s willingness to quit his NFL career to fight for his country was the inspiration he needed. So, what was his excuse? He knew he had to join, so Tony dropped out of college and joined the U.S. Army. After training at Fort Benning, he became a member of the 75th regiment–the same elite Rangers depicted in Blackhawk Down.

Leave No Man Behind

Operation Red Wings was intended to disrupt local Taliban forces and bring stability to Afghanistan’s Kunar Providence before their September parliamentary elections. Unfortunately, this was not the result. Operation Red Wings forms the backdrop of Brooks’ memoir, a harrowing tale of survival on the search and rescue mission of a lifetime.

Operation Red Wings: The Back Story

On June 28th, 2005, a four-man Navy SEAL team that was part of Operation Red Wings was ambushed by Taliban forces on the slopes of Mt. Sawtalo Sar in the Pech District of Afghanistan’s Kunar Providence. Local terrorist-revolutionary Ahmad Shaw was one of Operation Red Wings’ primary targets, but he and his men got lucky. Shaw attacked a group of four Navy SEALS tasked with surveilling a cluster of buildings that Shaw had been using as a base. The Taliban revolutionaries sprang their ambush shortly after the SEALS dropped in by helicopter, killing three out of the four. Two quick reaction-force helicopters were subsequently shot down, killing eight more U.S. soldiers. The lone survivor, Marcus Luttrell, was now on his own. This battle became the single deadliest incident in U.S. Special Forces history.

The 75th regiment, the largest U.S. Special Forces group, stepped on the scene to do what they do: bring their fellow soldiers home, dead or alive. The rescue operation known as Red Wings II became Tony Brooks’ first mission in Afghanistan as a twenty-one-year-old green recruit.

Bird Down on Sawtalo Sar

Brooks drops us straight into the heart of the action on page one, true to his own experience. The book opens with an eloquently macabre picture of an unforgettable glow emanating from the top of the Sawtalo Sar mountain. He compares this glow to the candle on the table between him and the bartender girl back home he plans to ask out if he’s lucky enough to return alive. As his superiors explained during Ranger training at Fort Benning, Georgia, “Every damn soldier comes home. Period.” That said, this first mission wasn’t the virtuous battle in defense of American freedom he had imagined it would be. He soon discovered the men he was sent to retrieve would be coming home in body bags. However, the lone survivor was still somewhere out there.

The glow on that mountain top turned out to be the charred remains of the helicopter that was shot down by a Taliban RPG-7 rocket launcher. The Taliban had already killed eight Navy SEALS who tried to come to the aid of Operation Ring Wings. Now it was the 75th regiment’s turn, and they were determined not to leave anyone behind on that Afghani mountain.

Leave No Man Behind is the story of the journey to find Marcus Luttrell deep in enemy territory, told straight from one of the men who lived the fight. Lack of intel, disastrous weather conditions and a scrappy enemy fresh with the taste of blood are elements of this real-life heroic story that make it one hell of a ride. Thankfully, Tony Brooks lived to tell the tale that other books and films about this now infamous battle left out. Leave No Man Behind details the overwhelming odds these Rangers braved to save their fellow man. However, Brooks paints a complete picture of war untainted by sensationalized romanticism with humility, humanity, and plenty of film and pop culture references.

Brooks has certainly achieved his goal of bridging the gap between soldiers and civilians through his sensitive telling of this human story. War is hell, but most of the warriors who fight are regular men and women who experience the same emotions, love, and fear as anyone else.

A New Release From Diversion Books 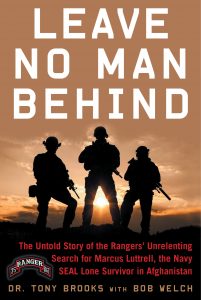 Publisher Diversion Books released Leave No Man Behind: The Untold Story of the Ranger’s Unrelenting Search for Marcus Luttrell, the Navy SEAL Lone Survivor in Afghanistan on August 10th, 2021. Diversion is an imprint publisher with a focus on bringing non-fiction stories to avid readers. The label achieves this through a multi-faceted approach to promoting their authors that includes both print and digital. Diversion Books started as a strictly digital imprint in 2010, but has since grown to include all formats. Diversion is based in New York City and publishes forty titles per year in the non-fiction, YA, and Sci-Fi genres.

Dr. Tony Brooks is the creator and founder of Objective Healthy, a healthy lifestyle venture focused on helping veterans. He was featured on a Discovery Science Channel episode of Black Files: Declassified and in a Smithsonian Air and Space article sharing his expertise on the subject of Operation Red Wings. Dr. Brooks has also been featured as a contributing writer for the New York Times. He currently resides in Everett, Washington with his wife Heidi and their two children, Ryle and Evynn, to whom his book is dedicated.

If you enjoyed this piece, check out ‘Red Deception’ is out now! 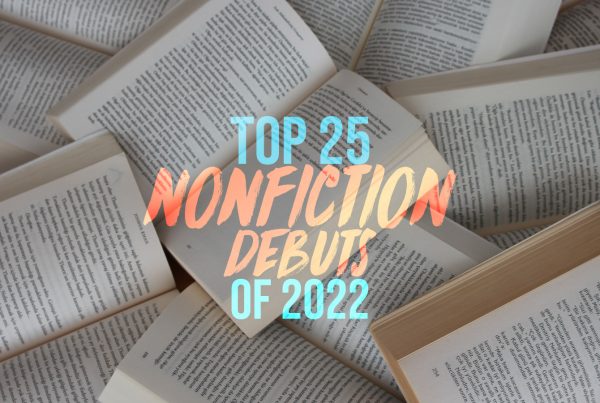 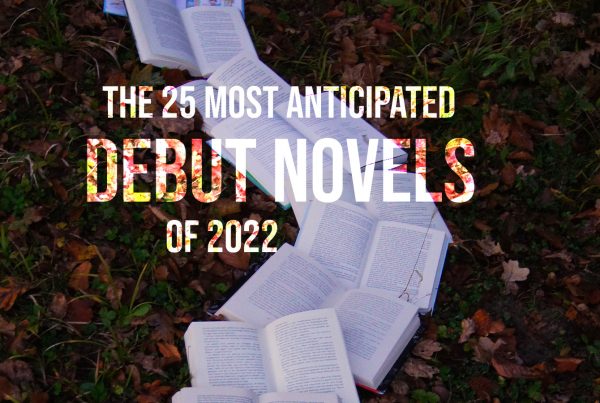 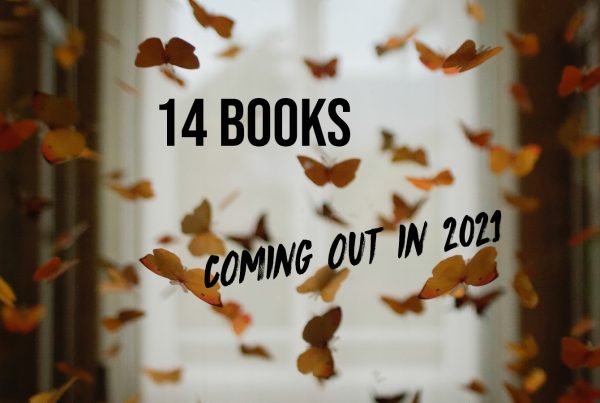