Sometimes, films live in a weird limbo between their initial announcement and their updated casting news. Until we find out who’s starring in a film, well…it could become anything, right? So, with that in mind, here are five upcoming film adaptations with some killer casting suggestions, free of charge. You’re welcome, Hollywood. Now don’t mess them up, okay?

How many of these casting picks do you recognize? Courtesy of Literary Hub 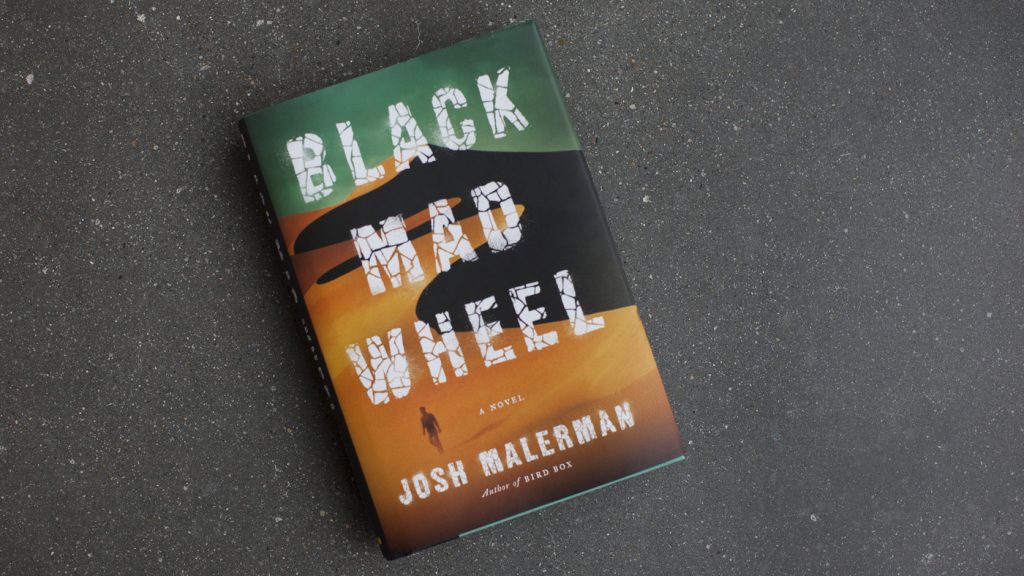 When the adaptation of Josh Malerman’s debut novel, Bird Box, dropped on Netflix at the tail-end of 2018, the internet lost its goddamn mind. I’ve been a fan of Malerman’s work for a very long time and whenever he releases a new book, it’s an occasion to party in the streets.

His second novel, Black Mad Wheel, is another gem of horror fiction. In this novel, Malerman writes about a Detroit rock band called The Danes who are subcontracted by the United States Government to investigate a strange noise somewhere in the African desert. Sounds super rad, right? Good news: it totally is. 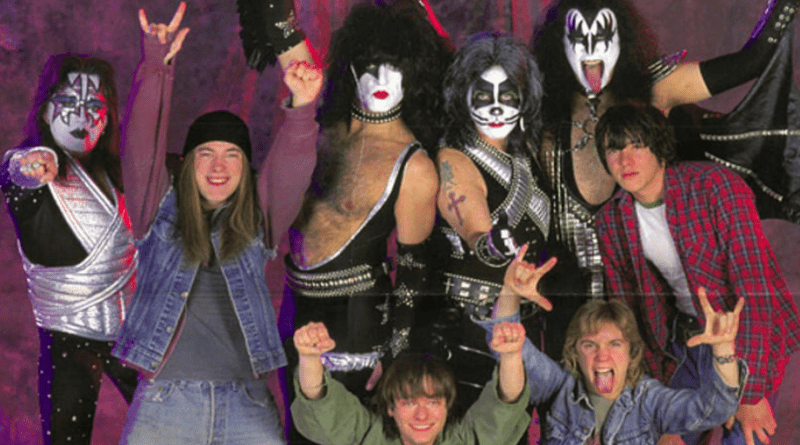 Also, according to a Deadline article from last year, “Ridley Scott’s Scott Free Production, Atlas Industries, and Spin a Black Yarn are teaming on a film adaptation,” with Barnett Brettler set up to write the screenplay. Little news has been announced since this initial reveal, but I’m stoked for this adaptation.

I can’t wait to watch these goofballs get lost in an endless desert. Plus, can you imagine the soundtrack? I hope like hell they get Josh Malerman’s own band, The High Strung, to compose it.

Wait, would it be crazy to fantasize The High Strung starring in the movie, too? Can any of them act? Who knows! But I think it’d still be cool, regardless. And even if such a decision would be viewed as a failed experiment, it would still probably be an interesting one, right?

Rock On to Africa, Detroit 🤘

4. The Chain by Adrian McKinty 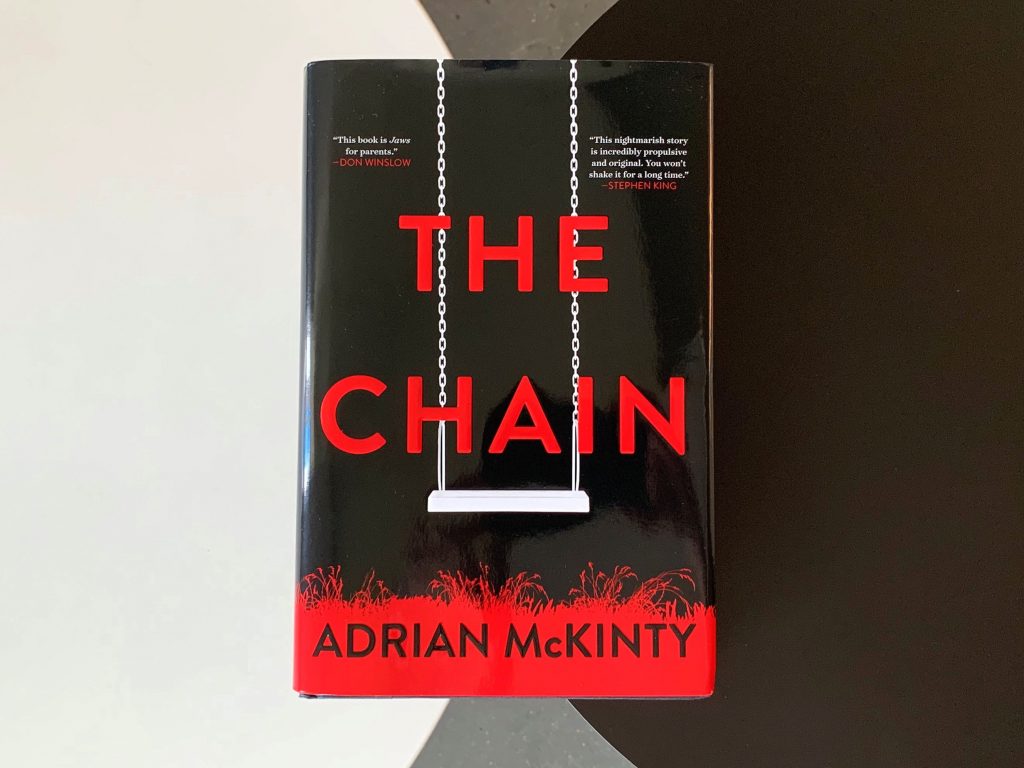 The Chain, by Adrian McKinty

News blew up last year when Adrian McKinty made a seven-figure film deal for his latest novel, The Chain, about a bizarre kidnapping pyramid scheme.

With the novel’s unique concept and frantic pace, it’s no surprise that Hollywood expressed interest before it was even published. The Chain’s protagonist is Rachel, a woman who learns her daughter has been abducted, and the only way to save her is to go out and take another child hostage.

They’ll need an actor who can play hesitant and afraid really well, but also someone who can command control of a scene when she chooses to. For these reasons, Winona Ryder springs to mind immediately. One of the best of the best.

To refresh your memory, this is the story of a college student working as a carny in the early 1970s who attempts to solve a cold-case homicide. In 2018, Deadline revealed that Joyland was in development as a TV series through Freeform, with writers Chris Peña (Jane the Virgin) and Cyrus Nowrasteh (The Stoning of Soraya M.) and Bill Haber’s Ostar Productions (Valor) attached.

Not much has been announced since the 2018 Deadline article, but one has to assume it’s still in the works. Casting wise, obviously you need someone young, in their early twenties. First person to jump to mind? Ansel Elgort (The Fault in Our Stars, Baby Driver).

Just look at that adorable little baby face. Plus, in movies he typically carries the kind of personality that makes it easy to shit all over, which is perfect for the role of a carny.

And who can forget his, em, stunning music video debut

2. The Changeling by Victor LaValle 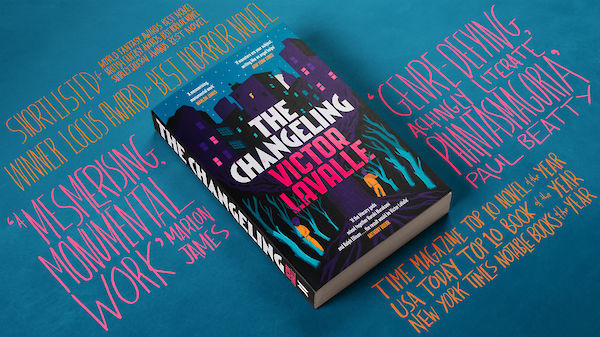 The Changeling by Victor Lavalle

Victor LaValle’s epic, The Changeling, is one of my favorite horror novels from recent years. Few books make me forget how to breathe. The Changeling is one of those exceptions. And, according to a 2018 Hollywood Reporter announcement, it’s in development with FX as a TV series.

FX is such a perfect network to be handling this book. Kelly Marcel (Venom, Fifty Shades of Grey, Terra Nova) is attached as the screenwriter. Given FX’s history with the amazing series, Atlanta, Donald Glover would be perfect for the protagonist in The Changeling. 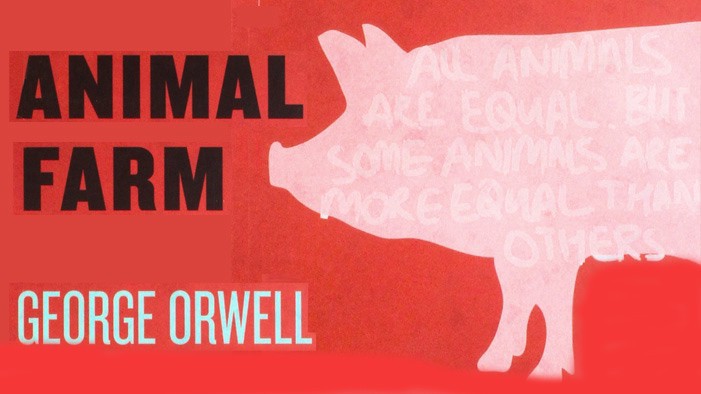 I’m uncertain how much I need to tell you about Animal Farm. It’s a classic tale of animals rebelling against their farmer. The allegorical themes crammed into this short novel are as subtle as Ryan Murphy’s entire filmography, but hey, it still gets the job done.

Back in 2012, Andy Serkis of Lord of the Rings frame bought the film and TV rights through his London-based production company, The Imaginarium. Then, nobody heard anything again until 2018, when Netflix purchased the adaptation with Serkis set to direct.

Since then, no further updates. No casting news. Nothing. But that’s okay, because I already know the perfect way to cast a new Animal Farm adaptation. It is so obvious you’re going to hate yourself when I say it.

Okay, you ready for this?

You gotta fill that film with Muppets, except for the farmer, who should clearly be Michael Shannon. Wait, isn’t this that meme where you replace the entire cast with Muppets except for one character? Yes, it’s exactly that meme. But could you imagine a bunch of goddamn Muppets going to war with Michael Shannon? I would spend my entire life savings to see this film (disclaimer: I do not have a savings account). I would rob a bank to see this film. I would murder anybody, any time. The fact that this doesn’t already exist should be enough evidence that we live in a cruel and unjust world.

If you enjoyed this post about upcoming film adaptations check out: Can Animating your Book Cover Add to your Author Site.