That’s right, baby! Even well-known authors utilize trailers to market their books. I know what you’re thinking: But Max, surely this can’t be true! But it is! It’s very true! And, heck, just to further prove my point, here are some classic book trailer examples of modern publications from authors with a significant audience. If you are an author, perhaps use the following list as inspiration for your own 2020 book trailers. Some of them, if studied properly, will provide the basic formula on how to make book trailers for authors.

09. This Book is Full of Spiders by David Wong

Anybody who grew up reading Internet comedy will recognize the name David Wong, the former executive editor of Cracked. And if you’re a fan of David Wong, then you will undoubtedly be aware of his cult horror comedy novel, John Dies at the End (it was also adapted into a film by Don Coscarelli back in 2012). Personally, JDatE is a book I’ve re-read more times than anything else ever published. It means a lot to me, as it does for many of its readers. But did you know Wong has published two sequels since its original release? It’s true! This Book is Full of Spiders: Seriously, Dude, Don’t Touch It and What the Hell Did I Just Read are both worthy continuations of the novel, and if you haven’t read them already, I highly recommend scooping up some copies. The trailer for This Book is Full of Spiders is probably the best trailer I’ve ever seen. It takes all of the humor and weird creature horror from Wong’s fiction and blends it together in a perfect one-minute clip. Have you ever wanted to watch someone battle terrifying spiders made out of paper from a destroyed hardcover? Well, now’s your chance!

Okay, first we have to get something out of the way. “Ransom Riggs” is the coolest name I’ve heard in a hot minute. Bravo on this guy’s parents. Given the author’s history with directing short films, it shouldn’t be any surprise that he also directed the trailer for his horror YA book, either. Somehow this trailer is creepier than most full-length horror films. It also makes one a little frustrated Ransom Riggs was not given the opportunity to direct the actual adaptation. Imagine what he could have produced! Also, heck, since we’re already here, why not check out the trailer Film-14 produced for Ransom Riggs’s Tales of the Peculiar? There’s something about this guy’s fiction that seems perfectly designed for creepy trailers.

Chuck Palahniuk has some of the most intense fans, more than any other author. David Fincher’s Fight Club adaptation recruited legions of fans onto the book. People who maybe would have never become readers fell head-over-heels with Palahniuk’s novel. I don’t think it’s exactly a stretch to wonder if book trailers for authors—if done right—could have the same effect. I’m not saying a book trailer is going to generate a large fanbase like a film adaptation, but I do think a well-produced trailer possesses the potential to convince non-readers to give reading a try. Now, I am not sure if the following trailer is fan-made or produced by the publisher, but either way it rules. It also perfectly represents the surreal humor and horror found in Chuck’s book. Have you ever wanted to visit Hell? Then give Damned a try.

I’m always a sucker for those Los Angeles palm trees, so I was into the trailer for Imperial Bedrooms the moment it started. Haven’t read this novel (or much of Ellis’s fiction), but the trailer has a neat made-for-TV type of vibe that I didn’t dislike. It also takes itself very seriously, which might be a plus given how the book actually plays out (which, again, I have not read). Give it a spin if you’re aching for a drive on the freeway.

It feels weird to admit this, but I believe Chuck Tingle is one of the most famous humorists of my generation. I don’t know what to do with this information, either. But there you go. Now it’s out there. Surprising to absolutely nobody at this point, Chuck Tingle once wrote a book called Buttception. Then he made a trailer for it, and goddammit it, the trailer is awesome. Check it out:

04. The Outsider by Stephen King

Did you honestly think we wouldn’t tackle at least one Stephen King book in this article? Come on now. You should know better than that. I could have spent all night trying to figure out the perfect trailer to drop here, and in the end I went with a more recent one. The trailer for The Outsider is actually really simple and creative. It takes the central theme and turns it into a minimalist idea for a video that I absolutely adored.

I love it when authors get creative and make their own trailers, and a perfect example is what Stephen Graham Jones did for his highly elaborate and unusual novel, Demon Theory. For those who haven’t read this book yet, it has a bit of a cult following. Anybody who follows SGJ’s work knows he has a healthy obsession with slasher fiction. Demon Theory is no exception. Hell, it’s even written as a “literary film treatment” for a slasher flick. The trailer SGJ made for the book is simple and beyond cool. Try watching it and then tell me the opening Do you like scary movies? line doesn’t raise every hair on your body.

02. Kill You Twice by Chelsea Cain

Chelsea Cain writes the kind of crime fiction that makes you taste sand in your teeth. It’s fun and fast-paced and once you start, there’s no turning back, you’re stuck until the end. Back in 2012 she made two very amusing trailers for her book Kill You Twice using barbie dolls. I refuse to say anything more. Just watch them!

Often the best way to promote your writing is to discuss things you haven’t written. Things beyond your books. Get readers interested in you as a human being, right? And also, maybe fake books that don’t actually exist? Fake sexy books? Sexy books about sex, is what I’m talking about here, folks. This video is how I discovered Robert Jackson Bennett, and after watching it I immediately researched what he’d written and bought several of his novels (psst, go buy American Elsewhere, you fools).

If you enjoyed this piece, check out: 15 Dreamy Bookstores in which to Set Your Trailer 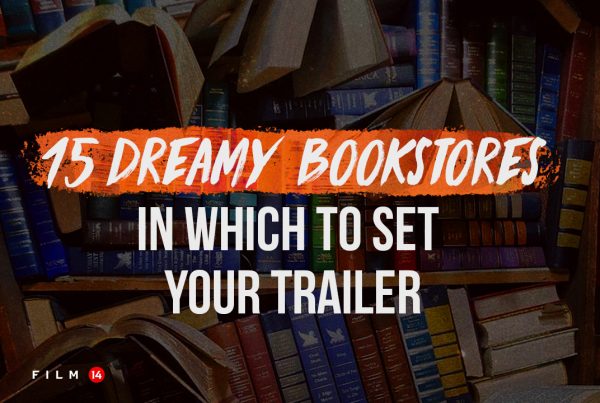 15 Dreamy Bookstores in Which to Set Your Trailer 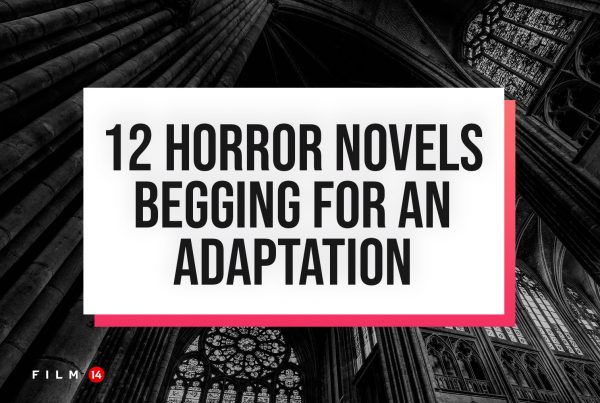 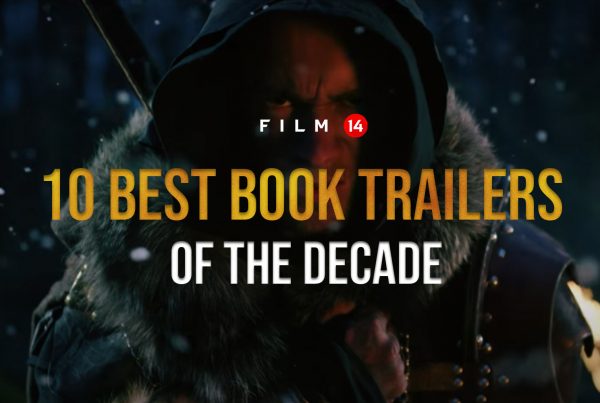