With so many people watching videos online these days, it’s no surprise that well-made cinematic book trailers are essential and effective. Quality production makes for attention-grabbing, engaging experiences for viewers. In fact, some of the most viewed book trailers of all time have reached millions of people! Let’s take a look at some of these fantastic book trailers and why they’re so great.

Jacqueline Wilson’s children’s novel about three siblings from a dysfunctional family is brought to life brilliantly in this book trailer. It not only has over a million views, but it is so professionally made that most people thought it was a movie trailer. Jacqueline Wilson’s other book trailers are also highly recommended: THE WORST THING ABOUT MY SISTER, MY SISTER JODIE, QUEENIE

Occasionally, Hollywood celebrities partake in book trailer production, such as this one here. When they do, you can be assured that all their fans will be watching your trailer. This paranormal YA trailer starring Disney Channel’s Zendaya is the perfect example. Also be sure to check out the trailer for the last book in Alender’s series, AS DEAD AS IT GETS, starring Bella Thorne.

The trailers for Kiera Cass’s SELECTION series make you wish your high school prom was half as glamorous.

This heartrending book trailer is the perfect companion to Palacio’s critically acclaimed novel about a boy with a facial difference. It’s an upcoming movie and has an official movie trailer out, but the original is just as good.

B.J. Novak of The Office fame boasts a star-studded trailer (including himself!) for his collection of short stories. It’s stylish and reminiscent of French avant-garde.

An oldie, but a goodie, with over two million views! It’s hard to believe that this trailer for Simone Elkeles’ 2010 YA novel was made before book trailers really took off!

It’s not very long, but it’s brilliant. The trailer for Victoria Aveyard’s wildly popular fantasy novel has you clinging to the edge of your seat in anticipation.

Scott Westerfeld’s steampunk YA story comes to life in this beautifully-illustrated trailer, proving that not only live-action trailers can be successful!

This absolutely hilarious book trailer for the seductive cookbook is a brilliant parody of FIFTY SHADES OF GREY, going along with its title. You are never going to look at chicken the same way again.

YOU ARE NOT SO SMART — David McRaney

Book trailers for nonfiction or self-improvement books can be innovative and engaging as well. This animated trailer is a great example. 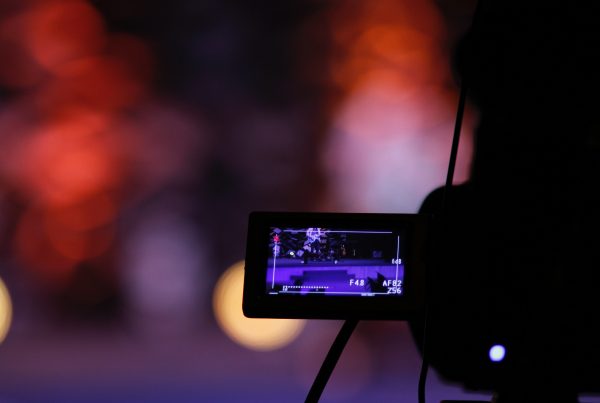 Movie Deal: 10 Ways Your Book Trailer Can Draw One

How to Make Book Trailers Without Spoiling the Book