Kaylin McFarren is a prolific self-published author. Her eighth book ANNIHILATION came out in paperback last month and the eBook drops February 3rd. ANNIHILATION is the second book in her Gehenna Series and the sequel to the acclaimed novel SOUL SEEKER. As Heaven and Hell prepare for war, the fate of Earth hangs in the balance. Will Samara Daemonium save the undamned souls or will all be lost to Lucifer’s rising power? Well, there’s only one way to find out…

The author was kind enough to answer a few of our questions about the new release, her writing process, and destiny versus free will.

1. First of all, congratulations on the new release! ANNIHILATION came out in early January. How was the first month?

My month was spent getting the word out about the new book on all my social media sites. Since the eBook for ANNIHILATION doesn’t come out until February 3rd, only time will tell.

2. Did you self-publish or go with a traditional publisher? What influenced your decision?

Years ago I went the traditional publishing route and didn’t like the process — editing out favorite characters, changing the plot-line and having no control over my cover art. Thus, I decided to self-publish seven of my books and I’m glad I did.

3. This book got some stellar reviews. What was your PR strategy? Did you work with a team?

I am my own PR agency, though I occasionally seek the assistance of pros. This involves endless hours of reaching out to newspapers, magazines, and online review sites and sending books to dozens of addresses. It’s not an easy job, but it’s rewarding when you get a great review.

4. SOUL SEEKER was the first book in your Gehenna Series and ANNIHILATION is the second. How many books do you plan to release for the series?

There will be four in all — SOUL SEEKER, ANNIHILATION, REQUIEM FOR A QUEEN, and SKYRIM. 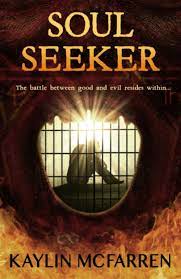 5. ANNIHILATION opens with a dark poem that sets the stage for the beginning of the story. How did you decide on this method of exposition?

I used to write poetry and discovered that I like to give my readers a glimpse of what they can expect in the story they’re about to read. It’s a fun way to keep myself on track as well.

6. It seems as though you developed your own mythology in ANNIHILATION. What was your inspiration for creating such a detailed world of your own in hell?

I’ve always had a vivid imagination and being confined because of the pandemic took me to a dark side of my inner universe. Once I began writing about demons and angels, I was hooked and found myself pushing the envelope on what my readers would find engaging, thrilling, and frightening but always page-turning.

7. There are elements of sci-fi and mystery in this story that is ultimately a thriller. Did you have a particular genre in mind when you began working on ANNIHILATION or did these things reveal themselves in the process?

I’ve always crossed genres in my stories, which my readers seem to like. I’m a great fan of thrillers, paranormals, and murder mysteries, which is what my THREADS series was about. Now that I have characters in Hell and the supernatural world of Middle Earth, I’m discovering that genres aren’t an issue, as I’ve never been known to limit myself on a shelf or in a classification. A story well-told is all I care about, especially when there are thrilling, unexpected elements involved.

It is for Samara Daemonium, so I definitely agree. Everything in the story — incidents, characters, and the environment — is shaping her into the strong demoness she’s becoming.

9. Is there a spiritual component to ANNIHILATION or is this book strictly a thriller that happens to be set in the afterlife?

There was a spiritual component in SOUL SEEKER, the first book in the Gehenna Series. This book is more of an exploration of the souls and beings residing in Hell and the Red War that will ultimately break out. The next book will be titled REQUIEM FOR A QUEEN and will be more about the power struggle taking place on Earth and in Heaven.

10. The politics of power is a key element in ANNIHILATION. Is this a commentary on the current political climate in the real world?

I was actually inspired to write this book based on the constant struggle in politics in our Republican versus Democrat environment. Everyone is an enemy until they are needed for re-election, money or weapons, which I believe is the way our world currently deals with power.

11. The book’s tagline “You can’t escape from what you are…” implies that the characters in this story are destined by fate. Do you believe in fate or do you think we can control our destiny through intention and right action?

Destiny is the predetermined course of events often held to be an irresistible power or agency. In this book, fate implies an inevitable adverse outcome, which is preordained by powers greater than anyone can imagine or dream possible. I personally believe that our paths are set, although there might be a few detours along the way.

Making book trailers is a marketing tool that I like to use to introduce a story and get the word out about a new book release. Although I haven’t been able to judge the tangible results, I know my readers and followers appreciate seeing what’s on the horizon and the crux of every story.

13. Do you have a daily writing routine? What is your process?

I pre-plot my stories on PINTEREST since I’m a “visual” author. Then I develop my stories on my computer, writing virtually 4-5 hours every day. Whenever I get stumped, I work in my cactus garden or take a walk to get my head clear and my thoughts back on track.

14. ANNIHILATION is the eighth book you’ve published. Do you have any advice for authors who are just starting out?

READ A LOT! Grow your imagination and discover what genres you enjoy reading before jumping into writing a book. The best stories are yours if you allow them to happen. So be brave, be honest, and be the best storyteller you can be.

If you enjoyed this piece, check out 14 Questions With Novelist And Filmmaker Kristina Birk.