Are you interested in creative writing? Wait! Before you spend more than you’ll ever make as a writer on your first month’s tuition getting a creative writing degree, watch these videos. This is your free MFA program in creative writing, courtesy of Film 14. You can thank us in the preface of your debut novel. Check out what these modern legends of literature have to say about the craft of creative writing and start hitting the page with your thoughts. When you’re done, we’re positive you’ll agree that these 12 free videos are better than an MFA in creative writing.

The best-selling author of Fight Club and Choke brings you a free Masterclass that teaches “Creative Living and Dangerous Writing.” On a podcast? Yes, on a podcast! This is why we’re out here in the wild, plunging the depths of the internet: to dig up treasures that will teach you, our beloved audience, how to become the master writer you were born to be. But you don’t need us to tell you that Chuck Palahniuk knows the craft of creative writing. The man has published twenty-three international best-selling books, including the two that everyone knows about because they were made into controversial Hollywood films. Additionally, he’s published short stories in The Guardian, Playboy, and many, many other prestigious outlets.

On the Tim Ferris podcast, the author discusses his process and shares many tricks of the trade. It’s like sitting down and having a coffee with Palahniuk in your living room–or car–except Tim Ferris asks all the questions. All you have to do is sit back and reap the benefits of Palahniuk’s hard-won writing knowledge. Take notes because material from this required course will be on the test! Study up, kids.

When David Milch was a youth he enrolled in Yale Law School to avoid being drafted into the Vietnam War. Then he got kicked out for allegedly blasting the siren off a police car with a shotgun. But they let him come back as a writing teacher and lecturer in English literature. Here is one of those fascinating characters who had a teaching career before writing a script that got produced and sparked a whole new career in Hollywood. If you’re curious about the craft of screenwriting, take some pointers from the guy who created hit shows like NYPD Blue and HBO’s Deadwood. This five-part video series comes straight from the Writer’s Guild Association. Here’s your all-access pass.

Like David Milch, Nic Pizzolatto had a career as a writing teacher before moving to Los Angeles to become a Hollywood screenwriter. Within his first year pursuing the Big Dream he landed a job writing for the crime drama TV series The Killing. Pizzolatto spent two weeks in the writer’s room before walking out. The writer stated, “I want to be the guiding vision. I don’t do well serving someone else’s vision.” Most people who come to LA acting like this wind up in a tent under the 101 Fwy or moving back to the midwest. But Pizzolatto’s chutzpah paid off. A year later, he sold his original series True Detective to HBO and signed on as the sole writer and showrunner.

True Detective became HBO’s most-watched series and the season finale actually crashed the streaming service HBO Go because so many viewers had tuned in. He went on to adapt his novel Galveston for the screen and has been enjoying a successful career as a Hollywood writer since he walked out on that show in 2010. Here’s another Milch connection–the two crazy ex-teachers turned Hollywood crime drama hitmakers worked together on the third season of True Detective. Anyway, there’s a lot to learn from this hotshot writer. In this video, Pizzolatto discusses the creation of True Detective and shares his insights on style and structure while rocking the leather jacket and wifebeater combo.

All right class, here’s a short one from the Elvis of horror writers. The Write Channel with Nicola Monaghan was cool enough to compile this montage of King’s best creative writing advice from different interviews and lectures throughout his illustrious career. There are also some great additional resources for writers in the video’s description, including a link to Hemingway’s thoughts on writing. Scope this greatest hits from Stephan King–there’s a reason it’s on the list! He’s the King.

You’ve definitely heard of Canadian author Margaret Atwood’s 1985 novel The Handmaid’s Tale. The book didn’t become a hit TV show until 2017, but Margaret Atwood has had a long and successful writing career that started in 1961. Here’s an interesting sidenote–Atwood patented the ultimate COVID-era invention back in 2005. The LongPen is a device that allows a person to remotely write in ink anywhere in the world using a tablet, the internet, and a robotic hand. Convicted fraudster Conrad Black used the invention to “attend” a book signing while under house arrest. Margaret Atwood dishes the goods in this great video for writers who are just starting out. Young Ambassadors for the National Centre for Writing Emily Webb and Grace Murray conduct an engaging and informative interview with the legendary writer and ask all the right questions.

Talk about legends! Elmore Leonard is the crime writer of his generation. Aside from his reputation as one of the finest dialogue writers, he’s probably best known for the film adaptation of his novel Get Shorty (1995) and the Tarantino film Jackie Brown which was based on his novel Rum Punch. Here’s a two-part video with one of Hollywood’s most adapted novelists conducted by The Center for Fiction.

It’s safe to say that most people think “graphic novel” when they hear the name Neil Gaiman, but this writer has a prolific catalog of material in every literary form spanning back to the mid-eighties. When Gaiman was twenty years old, he sent a letter to one of his heroes, sci-fi writer R.A. Lafferty, asking for advice on how to become a writer. Lafferty responded to Gaiman with an informative letter containing advice that started the aspiring writer on a thirty- year-long career (and counting). Following in Lafferty’s footsteps in more ways than one, Gaiman has always been generous with offering his advice to young writers. Here he is in conversation with Prof. Henry Jenkins at MIT talking about everything from dark children’s fiction to pornographic films.

In this video, the Kaiser of Satire gives a lecture at Case Western Reserve University, of all places. The author of Slaughterhouse-Five and my personal favorite, Bluebeard, among many other highly-regarded novels and short story collections, speaks on various subjects. These include, but are not limited to, stuffing false teeth up one’s rear end and biting the buttons off the back seats of taxi cabs. Also, sniffing girls’ bicycle seats. Oh yeah, he talks about writing too and draws a weird diagram on a chalkboard. In short, this is a very informative piece and a hell of a lot more fun than spending 100k and four years on a Creative Writing degree from Case Western Reserve University, wherever the hell that is.

Get an Ivy League-level education in creative writing with Professor Christine Schutt. A finalist for the National Book Award for Fiction and the Pulitzer Prize for Fiction, Schutt is the author of three novels and several short story collections. In addition to publishing fiction, Schutt has been a professor of English and Creative Writing at several colleges including Columbia University and UC Irvine. In this craft lecture, filmed at the Sewanee Writers’ Conference, Schutt discusses the importance of the opening paragraph and how it relates to the rest of the story. If there’s anyone who knows how to write a banger of an opening paragraph, it’s Christine Schutt. Just read the first page of her short story Pure Hollywood.

And we’re back at the Sewanee Writer’s Conference with Diane Johnson, winner of the California Book Award gold medal for fiction and author of twelve novels and six non-fiction works. Oh yeah, and she co-wrote the screenplay adaptation of Stephen King’s little book The Shining with some guy named Stanley Kubrick. In this lecture, she tells you all of her secrets learned over a career that started in the 1960s and is still going today.

Toni Morrison knows about great writing–end of story! She won a Pulitzer Prize for her novel Beloved in 1987, which was adapted for the screen ten years later starring Oprah Winfrey and Danny Glover. She won the Nobel Prize in Literature in 1993. She’s won so many prestigious awards, going down the list would make your head explode. She was also the first black female editor at Random House in the 1960s. The woman is an American treasure. Here she is at Harvard’s annual Ingersoll Lecture on Immortality talking about the various ways in which concepts of good and evil are represented in literature, including in her own work.

Here’s a quickie from author Gabe Hudson about why it is important for writers to learn how to write jokes. Hudson is a former rifleman in the Marine Corps whose debut novel Gork, The Magic Dragon came out via Knopf in 2017. He blasted onto the literary scene with Dear Mr. President, published by Knopf in 2002 and holds an MFA in Creative Writing from Brown University. He did all the hard work so you don’t have to! Just listen to his two-minute YouTube video and reap all of the benefits of his expensive writing knowledge for free.

If you enjoyed this piece, check out The 25 Most Anticipated Debut Novels Of 2022. 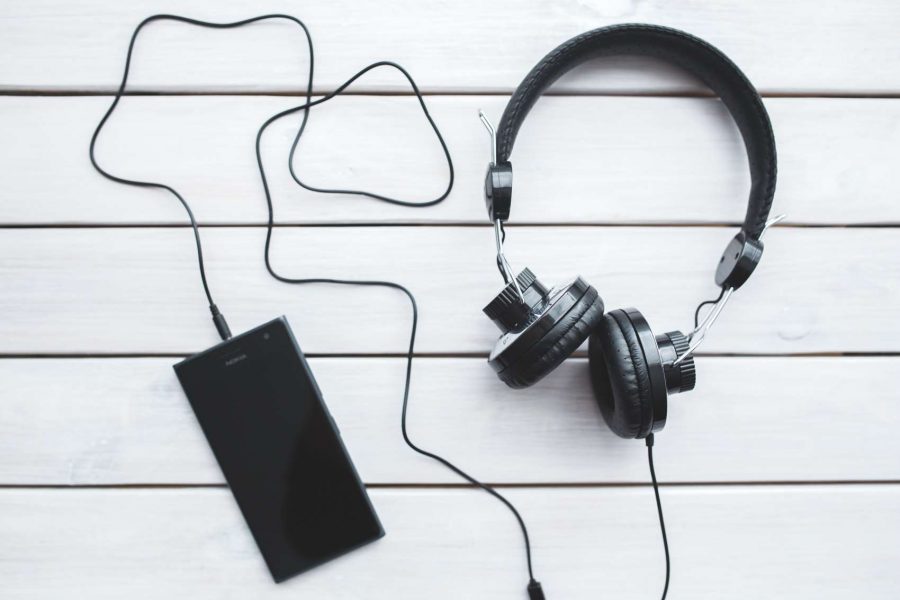 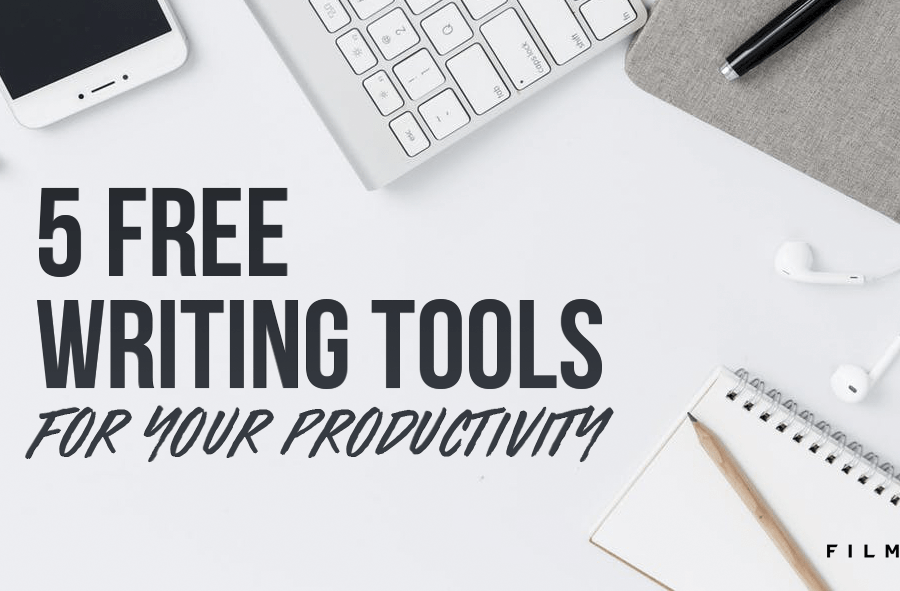