Novelists spend a lot of time by themselves, in front of a word processor, furiously slapping their fingers against a keyboard. Sometimes they get lucky and spell out coherent words, other times they “accidentally” download internet pornography. It’s a tricky balancing act, and only the most talented writers are able to figure out a method that allows them to do both. Sometimes novelists need a break from the written word AND pornography, however, which I admit does sound bizarre, but it’s true. Which is how, once in a while, we end up witnessing a novelist venture out into the world of filmmaking—specifically, in the examples presented in this article, directing. Novelists such as… 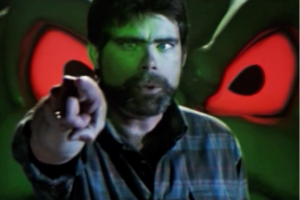 I am not going to explain who Stephen King is to you. Even people who do not read books know who Stephen King is. People who aren’t even born yet know about this guy. However, I am not 100% sure how familiar people are nowadays with his one and (so far) only attempt to direct a feature-length film: MAXIMUM OVERDRIVE. If modern children ever wanted to truly understand the 1980s, all they really have to do is watch this movie, and all will be revealed. Or, hell, even the trailer for it. Never before and never again has a person ever possessed as much confidence as Stephen King demonstrates in the trailer for MAXIMUM OVERDRIVE. 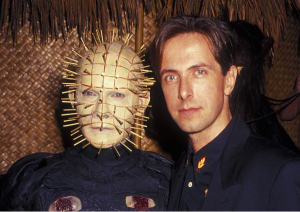 Same thing here as we had with Stephen King: odds are, you already know about Clive Barker. He’s perhaps one of the strongest visionary horror creators to ever live. His collections, BOOKS OF BLOOD, are widely considered to be some of the best horror short stories ever published, and rightfully so. Barker fucking rules. His short stories, his novels, and even some of the films he’s directed. The original HELLRAISER? A legit great film. And what about NIGHTBREED? Perhaps more split among fans. I haven’t seen it since I was a child, but I remember thinking, “This is the best thing in the world.” Writing about it now, of course, has me craving a revisit, not only for NIGHTBREED but also his BOOKS OF BLOOD collections and hell, why not, when was the last time any of us read THE GREAT AND SECRET SHOW? I hereby declare 2021 the year of Clive Barker re-appreciation. 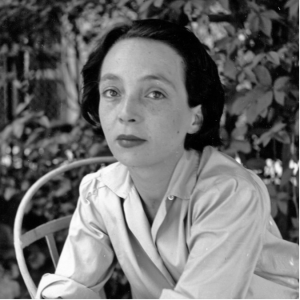 In my research for this article I discovered many artists I’d never heard of until now. Someone like Marguerite Duras being a perfect example. Some of her novels sound excellent, like THE SEA WALL and TEN-THIRTY ON A SUMMER NIGHT. The latter title looks like it’s about three French tourists who have to seek shelter in a hotel while some murderous lunatic stalks the town. Why have I never read that? Looking online, the only English edition I can find seems to have been collected in a quartet of novellas by Duras, which I obviously purchased before finishing the end of this sentence. She also directed several films, many of them based on her own novels. 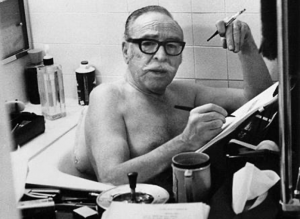 Although there is no actual evidence proving what I am about to say, it’s pretty much universally recognized that Dalton Trumbo was actually some kind of android programmed specifically to write. When you look at this man’s writing credits on Wikipedia, it’s likely you’ll wind up spraining a finger while operating the mouse scroller before reaching the end of the page. Perhaps most famous for being one of the “Hollywood Ten,” you’ve undoubtedly heard of some of his novels and screenplays even if you don’t recognize his name. We’re talking about the screenwriter of films like ROMAN HOLIDAY and SPARTACUS for crying out loud. They even made a movie about him starring Bryan Cranston! A movie that all my friends seem to hate but I kind of really love? And, on the novel side of things, JOHNNY GOT HIS GUN is probably one of the most brutal anti-war books out there. Trumbo also directed the film adaptation of the novel. Even if you haven’t seen the film, you’ve probably at least seen clips of it in the music video for Metallica’s “One.” To avoid continual royalty fees, the band infamously purchased the film rights so they could continue showing the music video. 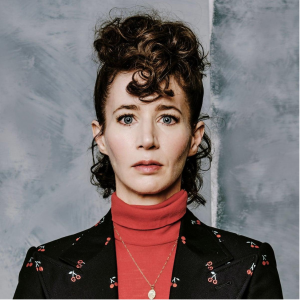 Most of the people referenced in this article started off publishing novels and then branched out into filmmaking. Miranda July is a little bit of an exception here, but I love her work so dang much I can’t resist talking about her. Her first collection, NO ONE BELONGS HERE MORE THAN YOU, was published in 2007, and her first novel, THE FIRST BAD MAN, was released in 2015. Her first film, ME AND YOU AND EVERYONE WE KNOW, came out in 2005, several years before her collection. But, on the other hand, July had published numerous short stories before 2005, so maybe I’m not entirely cheating (and, besides, even if I am cheating, these are rules I literally made up, so who cares?). Her latest film, KAJILLIONAIRE, was my favorite movie of 2020. I highly recommend seeking it out if you somehow missed it. Also, THE FIRST BAD MAN is a great novel. Go read it! 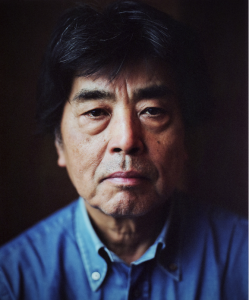 I do not know a lot about Ryu Murakami, but a lot of people I know seem to love him. Also the horror film AUDITION is based on his novel of the same name, so that automatically makes him very cool. AUDITION rules. And, although Murakami did not personally adapt that book, he has directed several other adaptations of his own works, such as ALMOST TRANSPARENT BLUE and ALL RIGHT, MY FRIEND. 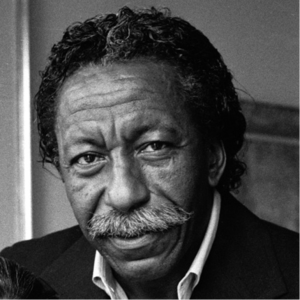 Photographer, musician, novelist, and filmmaker—Gordon Parks did it all. He might be most known for being the director of SHAFT, but man, take a look at some of his other work, too. His semi-autobiographical novel, THE LEARNING TREE, is essential reading for anybody, and his own film adaptation of the book is also great. Last time I checked, it was currently streaming on The Criterion Channel—can’t think of a better time to go check it out. 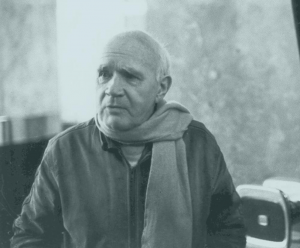 You know you’re about to read about a cool person when the very first page of their Wikipedia entry includes the following sentence: “In his early life he was a vagabond and petty criminal, but he later became a writer and playwright.” Fucking hell yeah. All writers should have also once been vagabonds and petty criminals. If they didn’t teach you that while earning your MFA, then I’m sorry to be the one to break this to you but you were definitely scammed. Interested in exploring Jean Genet’s written works? Look into THE THIEF’S JOURNAL and OUR LADY OF THE FLOWERS. As far as his directed work, the only thing he seemed to finish was a 26-minute black and white short film called A SONG OF LOVE, but it’s worth the entry in this article due to the fact that it might be “one of the earliest and most remarkable attempts to portray homosexual passion on-screen.” 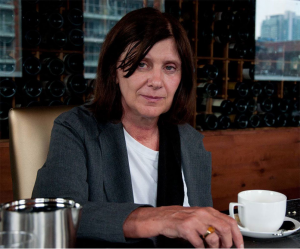 If this article has proven anything, it’s that the French are constantly making cool shit. A lot of them are also writing novels and then personally adapting them into films, like Catherine Breillat. Most of her fiction has not been translated into English and are kind of difficult to find—at least, that’s what my limited research concluded—so I would maybe recommend focusing on her filmography instead. Movies like A REAL YOUNG GIRL, which was banned after its 1976 premiere and not released until 2000 due to graphic sexual depictions concerning an underage character (portrayed by an adult actor). From what I can tell, nearly all of Breillat’s work dances with transgressive sexual themes, pushing boundaries most arthouse films typically do not cross. I haven’t personally seen any of her work, but from what I can gather, a lot of it is uncomfortable and powerful. I’ve heard great things about FAT GIRL in particular.

Considered the “father of African film,” Ousmane Sembène wrote several novels and directed several films. His novel, GOD’S BIT OF WOOD, which is strongly viewed as his masterpiece, concerns workers of the Dakar-Niger Railway going on strike in 1947. And BOROM SARRET, an 18-minute short, is often considered the “first ever film made in Africa by a black African.” Other feature-length films include titles like BLACK GIRL, MANDABI, XALA, and many others, a majority of them adapted from his own novels. 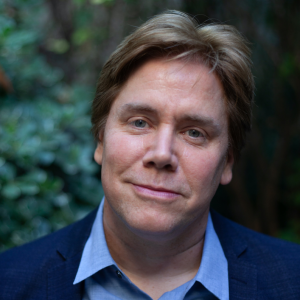 Like many people, I discovered Chbosky from his filmmaking work before learning he was also a novelist. I’ve always been a sucker for coming-of-age stories—both on the page and the screen—and THE PERKS OF BEING A WALLFLOWER is easily somewhere in the top ten films of all time when it comes to this genre. When it came out nearly a decade ago now, I found myself obsessed with it, rewatching numerous times within the same month. I forget when I learned it was an adaptation of a novel the director had also written, but I definitely ordered it whenever my next paycheck deposited. Maybe it’s because of the order I experienced them, but I sort of prefer the film adaptation over the novel. I think the novel is still very good, but there’s a certain type of undeniable magic Chbosky managed to capture in the film. Whenever I watch it (which is a lot), it’s like I’m hypnotized. Something I didn’t know until researching him for this article, however, was PERKS was not the first time Chbosky had been involved in film. He also wrote/directed an indie movie called THE FOUR CORNERS OF NOWHERE back in 1995, four years before the publication of his first novel. He was also, evidently, a co-creator on the short-lived CBS show, JERICHO, which I used to be obsessed with several years ago and for some reason never connected the name to PERKS. His next directorial effort, DEAR EVAN HANSEN, is set to come out later this year, and his latest novel, IMAGINARY FRIEND, was released in 2019. Researching this article also reminded me I need to stop screwing around and finally read IMAGINARY FRIEND. So, if you’ll excuse me…

Need a book trailer for an upcoming novel or book? Film 14 offers book trailers and author services such as audiobook recording, book cover design, and more! Check us out here, or shoot us an email! Don’t forget to subscribe to Film 14 for literary and film listicles and book trailer news. 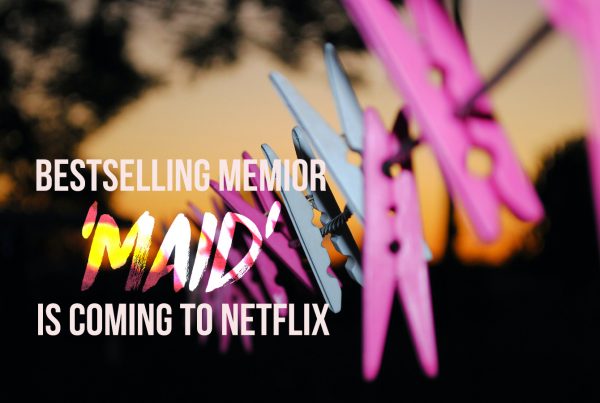 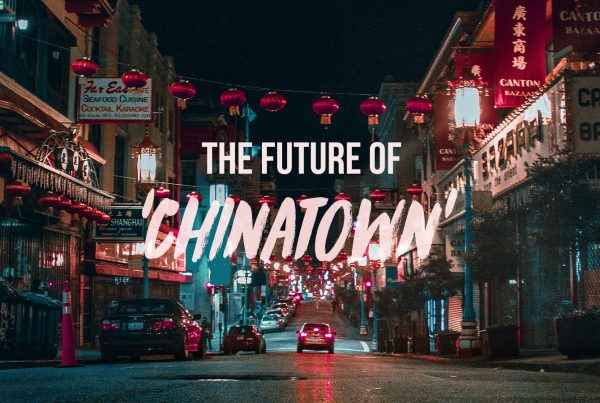 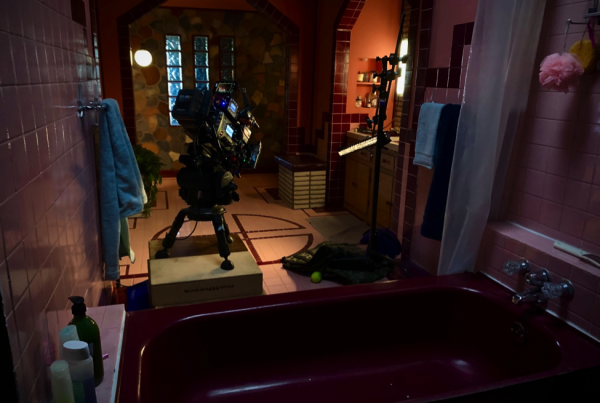 From Page to Screen: How I Adapted My Book Into a Film