*This post was created by Film 14, a production company that makes book trailers. Subscribe to Film 14 for literary and film listicles and book trailer news.

It’s no secret that more people are watching videos online these days than ever before. So, it’s no surprise that book trailers are gaining popularity in a big way. An effective book trailer can build hype and interest for a book in a whole new way.

High-quality production is so important. When people are inspired and intrigued by these trailers, the results can be huge. In fact, some of the most viewed book trailers of all time have reached millions of people online!

There are many ways to approach making a show stopping book trailer. So, let’s take a look at some truly fantastic book trailers that got it right in a big way!

Jacqueline Wilson’s children’s novel really comes to life in this book trailer! LILY ALONE is about three siblings from a dysfunctional family. The trailer has over a million views. This is likely because the production quality is so high that most people thought it was actually a movie trailer.

Jacqueline Wilson’s other novel trailers are show stopping examples of effective book trailers too. Check out the trailers for THE WORST THING ABOUT MY SISTER, MY SISTER JODIE, QUEENIE too!

Want to see another great example of the power of celebrity in a book trailer? Check out the trailer for the last book in Katie Alender’s series, AS DEAD AS IT GETS, starring Bella Thorne.

Book trailers really let you embrace the power of visuals. Does your book have a distinct mood, or portray a certain kind of world? You can use a book trailer to immerse readers in that world through visuals and get them hooked.

The trailer for Kiera Cass’s SELECTION series is an excellent example of this. It uses visuals to display a seductively glitzy scene. It makes you wish your high school prom was half that glamorous.

This book trailer is a tear-jerker that really appeals to the emotions. It is the perfect companion to RJ Palacio’s critically acclaimed novel about a boy with a facial difference. It’s also an upcoming movie with an official movie trailer out, but the original book trailer is just as good.

This book trailer has both a star-studded cast and an interesting visual style. B.J. Novak of The Office fame features in this trailer for his collection of short stories. It’s eye-catching and reminiscent of French avant-garde. It definitely stands out!

If you want to see an early book trailer, this one is great! It’s an oldie, but a goodie, with over two million views! It’s hard to believe that this trailer for Simone Elkeles’ 2010 YA novel was made before almost anyone was making book trailers.

This trailer proves that you keeping things short and sweet can be incredibly powerful! It’s not very long, but it’s brilliant. The trailer for Victoria Aveyard’s wildly popular fantasy novel has you clinging to the edge of your seat in anticipation with only the smallest taste of the world she has created.

Even though most trailers are live action, that doesn’t mean they have to be. Scott Westerfeld’s steampunk YA story comes to life in this beautifully-illustrated trailer. It proves that not doing something different can really pay off!

This hilarious book trailer for a seductive cookbook is a brilliant parody of FIFTY SHADES OF GREY. It’s witty, it’s creative, and after you watch you will never look at chicken the same way again.

YOU ARE NOT SO SMART — David McRaney

While most book trailers are made for fiction books, any book can inspire a stellar book trailer. Book trailers for nonfiction or self-improvement books can be innovative and engaging as well. This animated trailer for David McRaney’s snarky self-help book is a great example.

Do you need a book trailer? Film 14 offers book trailers and author services such as audiobook recording, book cover design, and more! Check us out here, or shoot us an email! Don’t forget to subscribe to Film 14 for literary and film listicles and book trailer news.

What is a book trailer definition?

A book trailer is any sort of video that promotes a book or an author.

Anywhere from a few hundred dollars for one of the template book trailers, to several thousand for cinematic book trailers.

What should a book trailer include?

Images that are connected to the plot and themes of the book, snippets of scenes in cinematic form, a cinematic interview with the author, short blurb reviews woven into the video. These are just a few of the things to consider when producing a book trailer.

Book trailers are a visual way to draw readers and build author fanbases. They’re similar to movie trailers except book trailers promote a book throughout its shelf life. 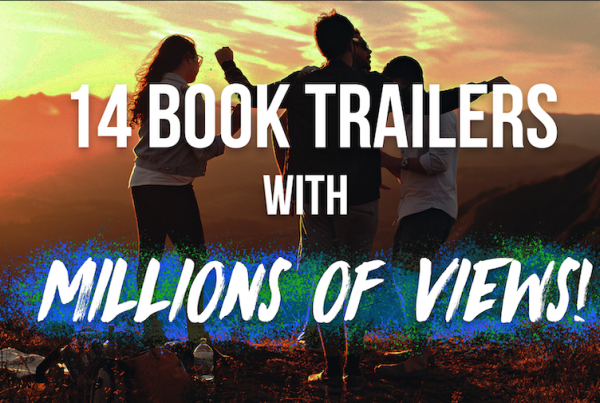 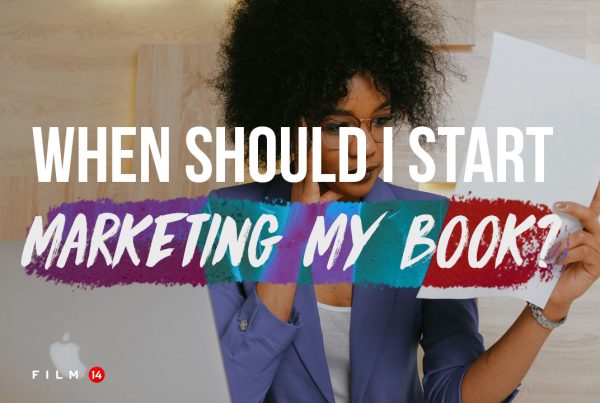 When should I start marketing my book?